D-day was special for J.P.

D-day was special for J.P.

Justin Phillips’ draft year, from a technological standpoint, was a very different time.

It was 2007 and Instagram and Snapchat didn’t yet exist. Twitter was in its infancy. And BlackBerry still held a significant chunk of the market share in smartphones.

But it’s not as if word of Phillips’ exploits at Wilfrid Laurier University were transmitted by telegraph or carrier pigeon.

“I sent out my highlights on DVD,” he points out. “It wasn’t VHS, thank God. I’m not aging myself TOO much.”

Still, come draft day, Phillips was at the mercy of the times as live coverage wasn’t yet a reality.

“Back then,” he says, “nothing was on TV. They had somewhat of a stream but I didn’t have a laptop at the time – it’s funny how technology changes in 10 years – so I remember it was all my family sitting in my room. We were refreshing the computer screen, and it kept cutting out.” 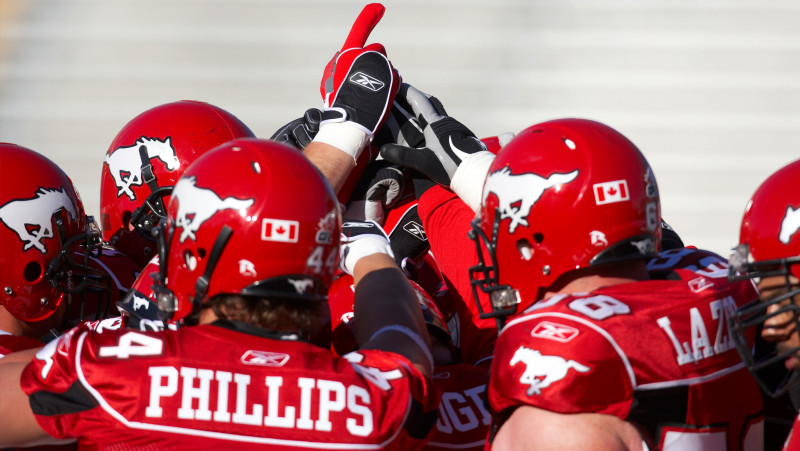 Then came a phone call from his agent Darren Gill to inform him the Calgary Stampeders were possibly poised to use their first-round selection, fifth overall, to grab Phillips. Not long afterwards, Stamps personnel from that era – general manager Jim Barker, defensive coordinator Denny Creehan and defensive line coach Casey Creehan – were on the horn to indeed officially welcome him to Calgary.

The calls brought clarity to a period of uncertainty leading into the draft.

“I wasn’t really sure how everything was going to work out,” admits Phillips. “When I was playing at Wilfrid Laurier, we had a fairly talented team. I mean, we won the Vanier Cup (in 2005) and multiple Yates Cups (as Ontario conference champions). To be perfectly honest, I was overshadowed by some good players – Yannick Carter, Jesse Alexander, Ian Logan, Anthony Maggiacomo. There was so much talent there that I thought maybe I was being overlooked.

“When I went to the combine, I had great testing numbers and I did well in all the drills and that kind of put me on the map a little bit more. I had a good showing at the combine but I didn’t know how much I was on teams’ radars before the combine so I didn’t know where I was going to go or what to expect.”

Phillips made the Stamps as a rookie in what proved to be the cusp of a major transition at McMahon. After a 7-10-1 season under Tom Higgins, the Stamps brought in John Hufnagel as head coach and general manager in 2008.

“I was one of the carryovers from that (2007) team into the Hufnagel Era,” says Phillips, “and it was definitely quite the run after that.” 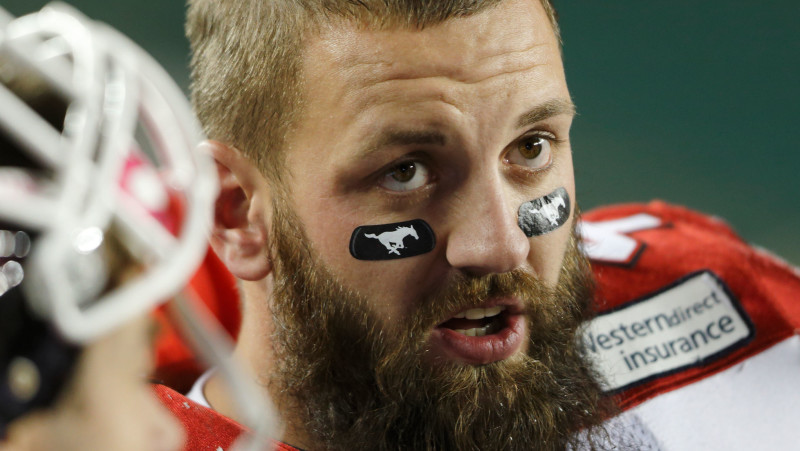 The Stamps captured the Grey Cup in 2008 and won at least 10 games in each season from 2008-14. Phillips played a total of 102 games for the Red and White, primarily as a special-teamer although he did make 16 starts on the defensive line in 2011.

Phillips was traded in 2014 to his hometown team – the Ottawa RedBlacks – and he played two more seasons before reaching the end of the football line and concentrating full-time on his career as a commercial insurance broker.

“Overall,” he says, “I look back on the nine years as something I’ll remember for the rest of my life and I treasure every moment of it. I got to live out a childhood dream of playing a professional sport and I got to do it with what I feel is the class organization in the entire CFL, the Calgary Stampeders. We didn’t have the most post-season success but we had some great teams and some great runs. We were able to win one Grey Cup.

“Then, to cap things off, coming to Ottawa and being able to play in front of my family and friends, it was a good way to end.”

Phillips had tough luck on the medical front over back half of his career as he was able to suit up for just 37 of 72 regular-season games over his final four seasons.

“The injuries kind of piled up on me,” he concedes, “but that kind of goes with the territory of playing professional football and playing the position I played. I prided myself on being one of the hardnosed, tough special-teams guys. I was out there blowing up wedges and being the wedge and (being involved) in just some massive collisions. I prided myself on doing that and doing anything I could to help the team.”

On Tuesday, Phillips celebrated the 10th anniversary of his draft day by offering Twitter advice to the players waiting to hear their names get called in Sunday’s 2017 draft.

10 years ago today I was drafted 5th overall by the @calstampeders in the 07 @CFL draft! Enjoy the moment to the upcoming draftees #CFLDraft

“Looking back on it, I did realize how special it was but when those things are gone and you’re 10 years removed from the draft moment, you look back and say, ‘Wow, that really was special – I should have treasured that even more than I did.’ ”