Paredes: It was a team win

Paredes: It was a team win

There were people on Twitter saying that I was the one that won the game for us last night in BC because most of our points came on the field goals. I appreciate the comments, but it was definitely a team win.

If you think about it, it’s still the offence. I can’t kick field goals if the offence doesn’t move the ball. Even when they can’t get the touchdown, they still give me a chance to kick a field goal. Also, I don’t snap the ball. I don’t hold it. So it’s a team game, no matter what.

It was a tough game against the Lions but a win is a win, and it’s especially nice when it’s a division game. I can’t speak for the offence because I don’t know much about it but it was a tough one last night and my kicks came through for 15 points and that was enough to win it. 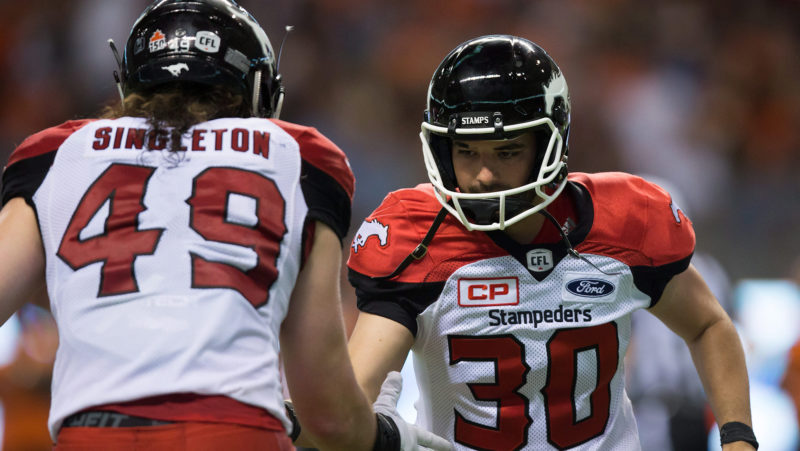 Obviously, the number of field-goal tries I get in a game isn’t up to me. If I get called on six or seven times or if it’s just one, it doesn’t matter, I’ll go on the field and it’s my job to make the kick.

I think it helps getting a field goal early like I did last night. Getting a PAT early helps a lot, too. I also like kicking off first – I feel that helps you get into the groove of the game. But at the end of the day, whether I kick a 52- or a 25-yarder for the first one, you’ve just got to make it.

Other than the three missed extra points in the second Ottawa game, I think things have been going well this season. I haven’t missed an extra point since and I’m at 88 per cent now on field goals, so I can’t really complain about it.

I’ve got to keep working hard during the week and hope that work will translate into success during games.