JT Hay during the 1984 season (Photo by Scott Grant)

J.T. Hay was one of the most accomplished kickers of his era, putting together an 11-year career in the CFL including a decade (1979-88) with the Calgary Stampeders.

As a youngster in Lochiel, an Eastern Ontario farming community located in Glengarry County, Hay was a standout soccer player and also played junior B hockey for the Alexandria Glens. It wasn’t until high school that Hay got his first chance to demonstrate the kicking prowess he had demonstrated on the soccer pitch in a different sport.

After high school, Hay apprenticed with the Ottawa Sooners junior squad before signing with the Ottawa Rough Riders. Hay fared quite well during his rookie CFL season (1978) as he produced 136 points.

However, the return of veteran kicker Gerry Organ to Ottawa after a year away from the sport suddenly made Hay expendable and he was traded to Calgary in return for defensive back Doug Falconer. 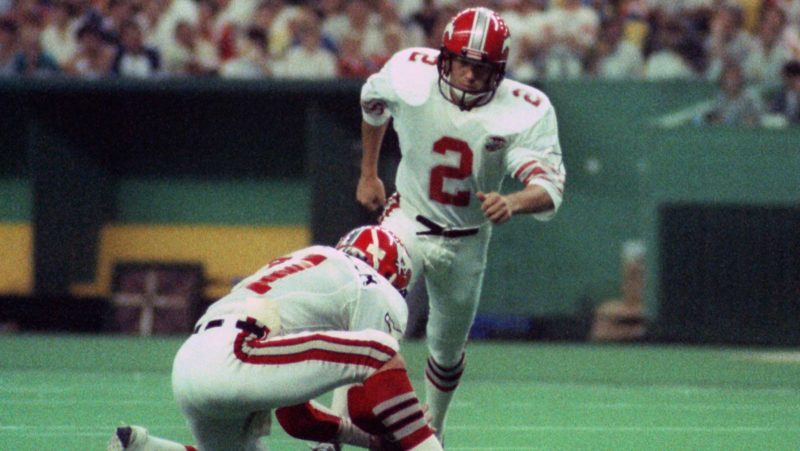 Hay during the 1984 season (Photo by Scott Grant)

In his decade as Stamp, Hay established a Stampeders franchise record (since broken by Mark MacLoughlin) for career points and was added to the team’s Wall of Fame in 2006.

Hay and his family remained in Calgary at the conclusion of his career. He works in the real estate business and remains heavily involved with the Stamps alumni association.

J.T. Hay will be in the Fan Zone signing autographs from 3 to 4 p.m. before today’s Family Day game!