It’s been two years since Jon Cornish hung up his cleats, retiring as one of the most dynamic running backs in Stampeders history.

Luckily for Stamps fans, he can still be seen on the sidelines and in the stands as the official Game Day Ambassador for the Red and White. In this edition of the Stampeders Up Close Podcast, we sit down with the three-time Most Outstanding Canadian award winner to find out what he’s up to off the field in retirement.

Cornish explains how football helped set him up for his professional career in investment banking and gives advice to current players on how to prepare for their inevitable retirement.

Cornish also gives his insight into the 2017 squad and how winning – and losing – play an important part in a championship season.

What does Cornish think of the Horsemen’s chances at a ring in 2017? Download this episode of the Stampeders Up Close Podcast to find out! 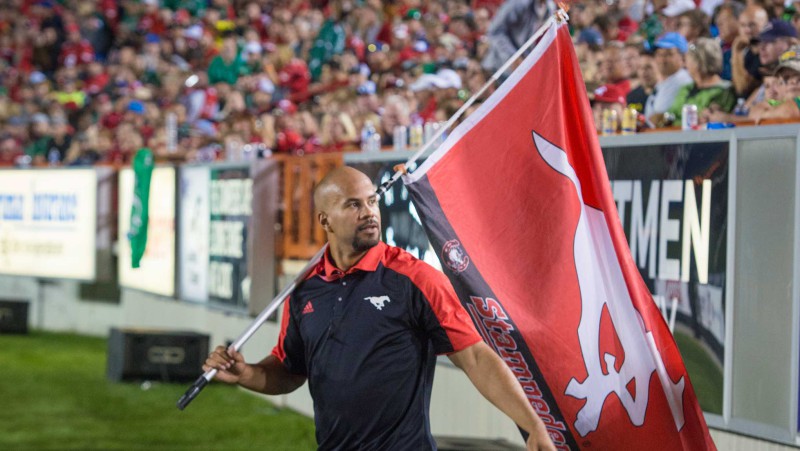 Jon Cornish marching up and down the sidelines with a giant Stampeders flag has become a common sight at McMahon. (Photo by Mark Shannon)