Georgia on his mind

Georgia on his mind

Marken Michel during his first CFL game on June 29, 2017 (Photo by Rob McMorris)

The Florida native racked up 780 yards and three touchdowns on 41 catches in just 13 games during the regular season. He was the West Division’s nominee for Most Outstanding Rookie.

What you may not have known, however, is that Marken isn’t the only football star in his family. His younger brother, Sony, is a running back in his senior year at the University of Georgia.

Sony made a huge splash on New Year’s Day by scoring four touchdowns including the overtime winner in the Bulldogs’ Rose Bowl win over Oklahoma as Georgia advanced to the national championship game against Alabama on Jan. 8. It would be Georgia’s first national title since 1980.

Sony is third in Bulldogs’ history in rushing behind only Herschel Walker and current teammate Nick Chubb. 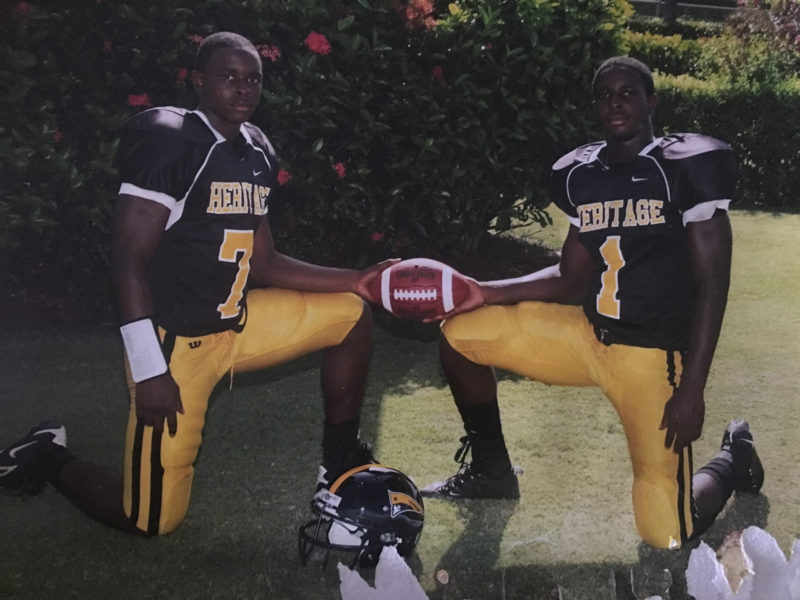 This was Sony’s fourth bowl game as he previously played in the Belk Bowl, the TaxSlayer Bowl and the Liberty Bowl. Unlike his brother, Marken never had the opportunity to play in bowl game while at the University of Massachusetts.

“I’ve actually been to all but one of my brother’s bowl games,” says the 24-year-old. “So I’ve had the chance to experience the bowl atmosphere from the stands. A lot of those games remind me of the games when I was at school and we played against teams like Michigan, Penn State, Notre Dame . . . those teams always had large crowds and a lot of very passionate fans and that’s pretty much that bowl atmosphere that you get.”

Both Sony and his fellow running back are expected to go high in the 2018 NFL draft. Chubb gets more attention but some think Sony is a more complete player because of his pass-catching.

“They’re a 1-2 punch,” says Marken. “Those guys try not to worry too much (about who would get drafted first) because they’re real close friends. They’ll just wait to see what happens and how things unfold.”

The Michel brothers are only 19 months apart in age and have always been close. The two played baseball together before a youth football coach discovered them and asked them to try football. They started out as offensive linemen. Sony almost quit after his first year because he didn’t like playing on the line but the next year he switched to running back and the rest is history.

“We played two years together in high school and we played together in Little League, too,” says Marken. “It was always a good time, man. We always competed against each other and tried to make each other better.

“I played quarterback growing up and my brother was a running back,” says Marken, whose family moved to the U.S. from Haiti after their older sister was born. “It was always a good time when we were on the same team.”

Sony’s skill was apparent early. While attending a K-12 school in Plantation, Fla., Sony played for the varsity football team when he was only in the eighth grade. He rushed for 281 yards and three touchdowns in the fourth high school game he ever played. 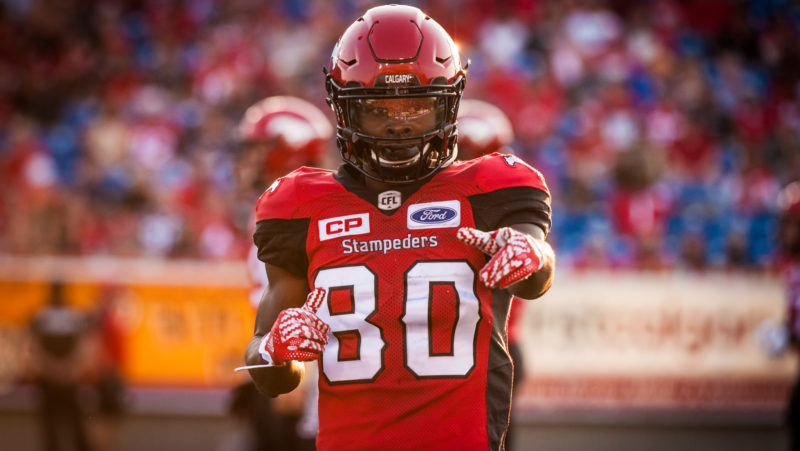 As much as Marken keeps up with his brother’s football games, the support  goes both ways.

“During the football season, we speak almost every day,” says Marken of his brother. “Whenever he wasn’t playing, he would try to tune into the games and he would keep up by looking up the stats and speaking to some of my family members who were watching the game.

“He watched the Grey Cup. I actually had a couple of people watching that game because as soon as I got back (to Florida), that’s the first thing everybody wanted to talk about.”

Marken’s season didn’t end the way he and the Stamps wanted it to but his goal is to finish 2018 by hoisting the Grey Cup.

And if all goes well, Sony will start the New Year by lifting the National Championship trophy.