YOU GOTTA BE HERE!

YOU GOTTA BE HERE!

With the 2019 CFL season right around the corner, it’s time to begin scheduling your time with the Stamps. A seemingly daunting task — but fear not! We’re here to help, with six of the most fun and exciting games of Stamps football that you should attend this season!

What better way to kick off the regular season than a Grey Cup rematch?

The first game in the Stamps’ championship defence is against none other than the Ottawa RedBlacks. The cross-country rivalry dates back to the 104th Grey Cup in 2016, when Ottawa took their first — and to date, only — Grey Cup championship. 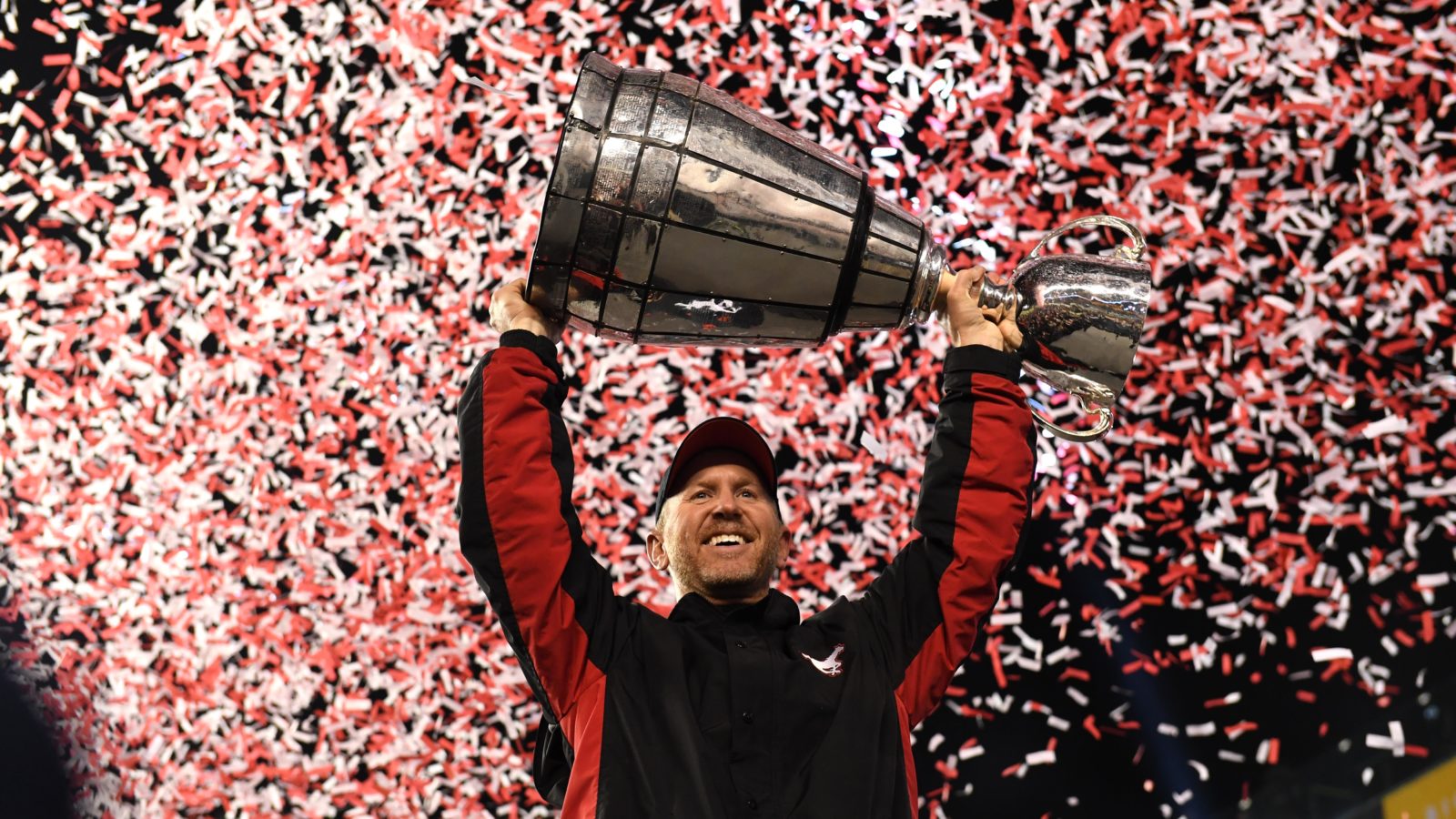 The Stampeders didn’t let their second chance to take down the RedBlacks slip through their fingers, with a big win last November to take the Cup back home to Calgary.

The Home Opener, presented by Tim Hortons, takes place on Saturday, June 15 at 5 p.m. Make sure to get there early, because the Gridiron Gardens pre-game tailgate party presented by Coors Light starts at 2 p.m. with music, food and beer gardens!

The second-annual season of the Thursday Night Football concert series is here!

The evening, highlighted by the Stamps taking on the Toronto Argonauts, gets underway with a tailgate in the East parking lot, featuring a Live DJ, Stamps autographs, food trucks and a photo booth. 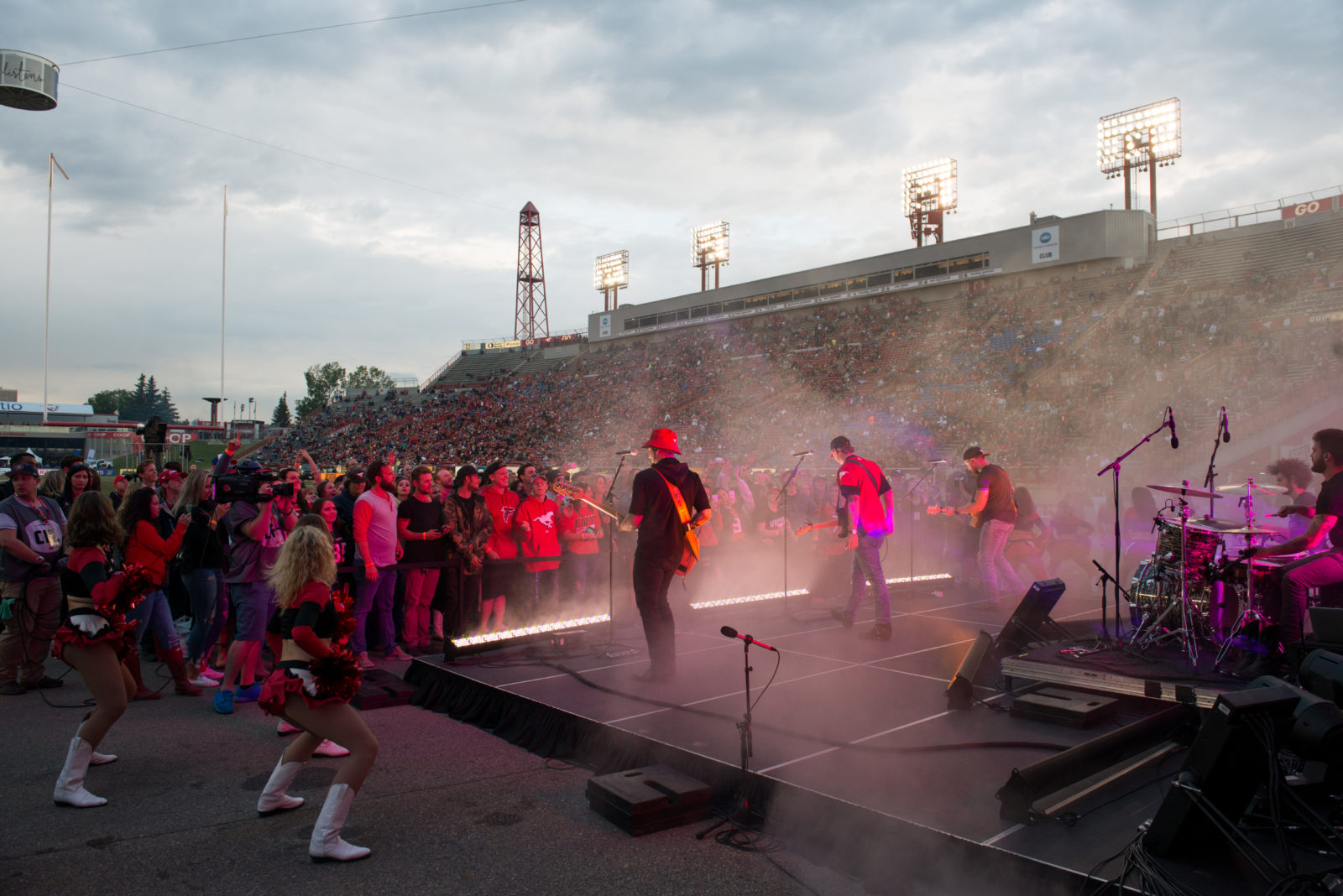 Halftime will be underscored by a yet-to-be-announced musical guest, in partnership with TSN, Universal and Apple Music, so stay tuned for an exciting announcement about which band will be on stage!

Be there at 4 p.m. for the tailgate party to get ready for 7 p.m. when the game kicks off!

The Edmonton Eskimos are making the trek down the QE-2 on Labour Day to take on the Stamps in what is always one of the most anticipated games of the season.

The Stamps have won the Labour Day Classic nine of the last 10 seasons and have won the previous seven in a row.

This year will mark the 60th iteration of the classic matchup between the Stamps and Eskimos, with a current record of 29-29-1. The first Labour Day Classic between Edmonton and Calgary took place in 1949. 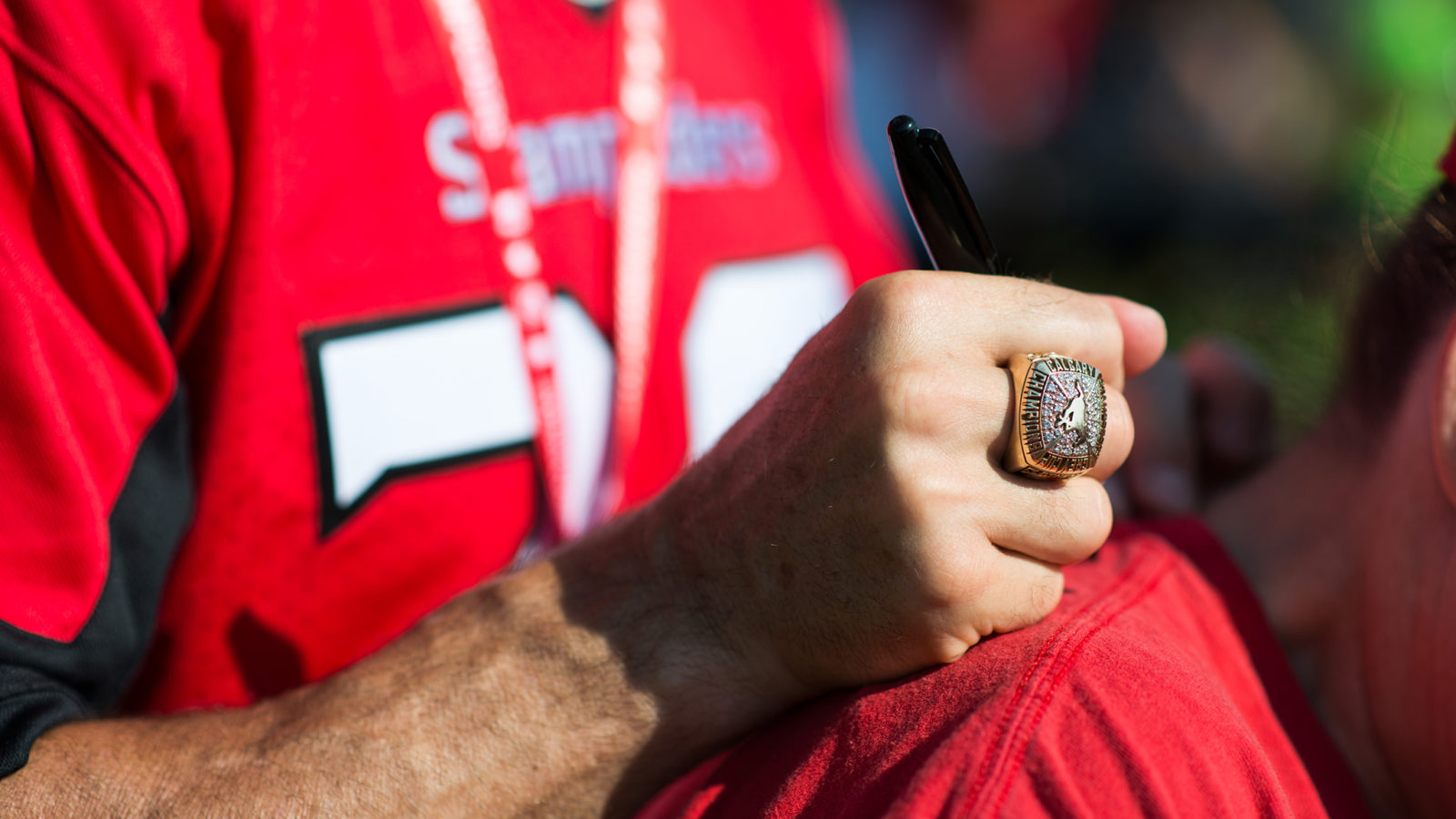 The Stamps will also be saluting the Canadian Armed Forces, as members of the military will be honoured throughout the game.

Make sure to look up in the sky before kickoff at 2:30 p.m. as the Royal Canadian Air Force conducts a special CF-18 flypast! Make sure to get your tickets soon for the popular and historical event now!

Join us at our Family Day game for some fun, family-friendly activities at McMahon Stadium and to see the Stamps take on the Hamilton Tiger-Cats.

We have partnered with the Family Channel and Kidomo to bring characters to the Family Tailgate Party including Chase and Sky from Paw Patrol, Iron Man, and Spider-Man. There will also be bouncy castles, airbrush tattoos, music, food trucks, and tons of other family-friendly activities. 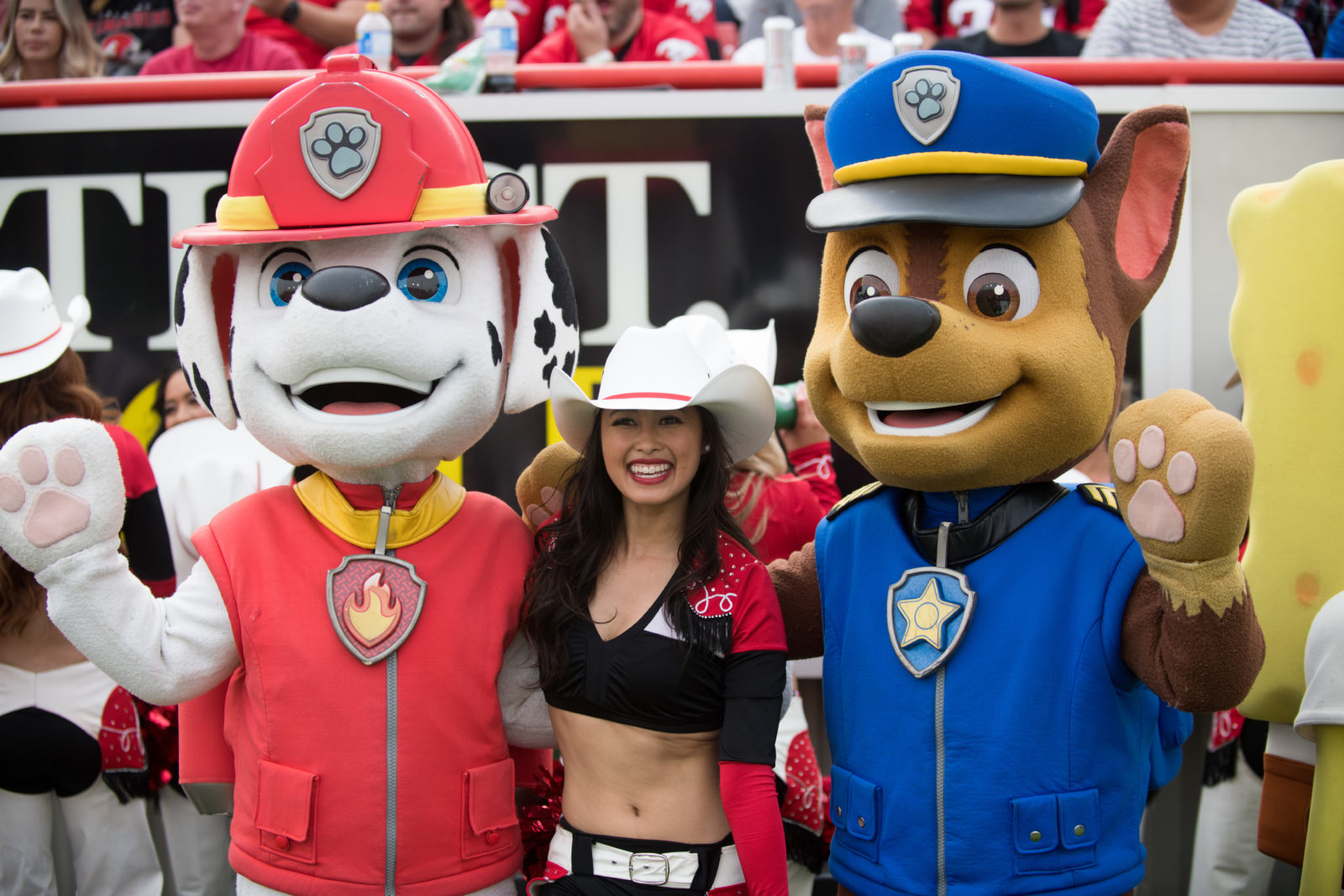 Halftime will be highlighted by an adorable Little Miss Outrider performance, and tickets are only $24 each using the promo code: FAMILY.

The Family Tailgate Party starts at 11 a.m. at the Gridiron Gardens with the game kicking off at 2 p.m., so bring the whole family down!

Watch the Stamps Light Up The Night as they take on the Saskatchewan Roughriders!

The game, presented by RE/MAX, will feature a post-game fireworks show set to a soundtrack of great tunes.

A pre-game tailgate in the east parking lot will include a live DJ, player autographs, food trucks, and a photo booth with free print-outs. 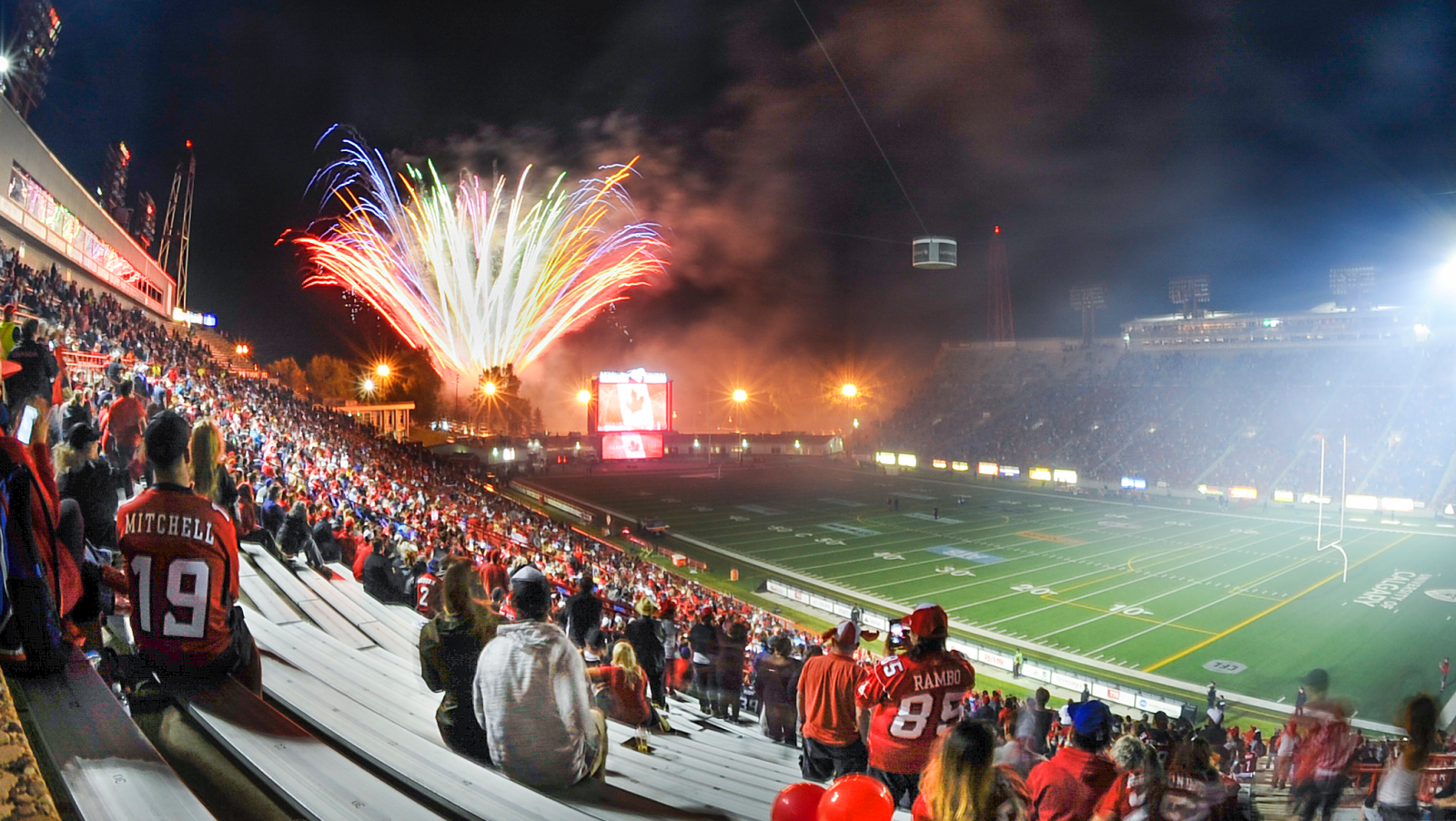 Halftime will showcase some local talent in Timbits Minor Football!

Don’t forget to stick around after the game for the fireworks!

The Stampeders continue their commitment to the fight against women’s cancers this season at the annual PinkPower game presented by Mayfair Diagnostics as they host the Winnipeg Blue Bombers.

Limited-edition pink Stamps merchandise will be for sale at $20 per item, with all proceeds going to the Canadian Cancer Society.

This game also marks the Jerseys Off Our Backs event in which fans at the game will be chosen at random to win a game-worn Stamps jersey and meet their selected player post-game!

Kickoff is at 5 p.m. but arrive early to get some of that beautiful pink merch and support the cause before it’s all gone! 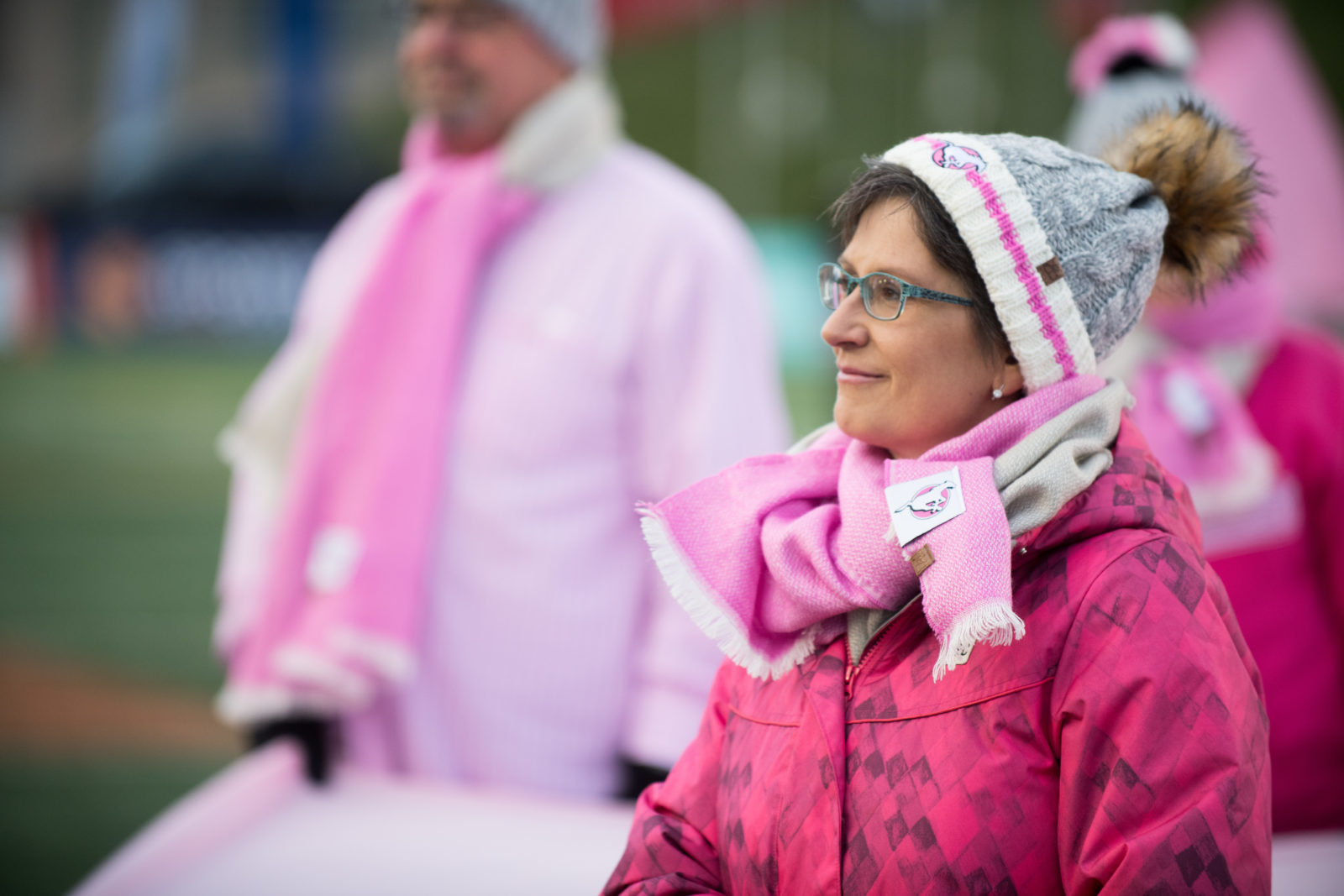 Got all of that? Now it’s time to take action and come cheer on the Stamps as they look to defend their Grey Cup title!

Mayala: ‘I want to be known as one of the best receivers in the league’

GOING WITH THE FLO