The Stampeders Alumni have always been involved in the Calgary community.

Keon Raymond is no exception.

The Calgary Stampeder Alumnus and 2x Grey Cup champion has been pioneering a new football movement here through his Big Time Players 7v7 program, which is a competitive, fun, non-contact game that focuses on player safety and skill development.

“I started it about three years ago,” explained Raymond. “I was watching the spring football, and coming from a football background, I thought it was too much football. Too much tackle football is detrimental, especially at a young age. I looked at this thing they were doing in the States, which was 7-on-7 football, and I liked it. I’ve coached kids from atom, I coached at the high school level, and there’s nothing that’s like this that helps the kids develop at the skill positions. 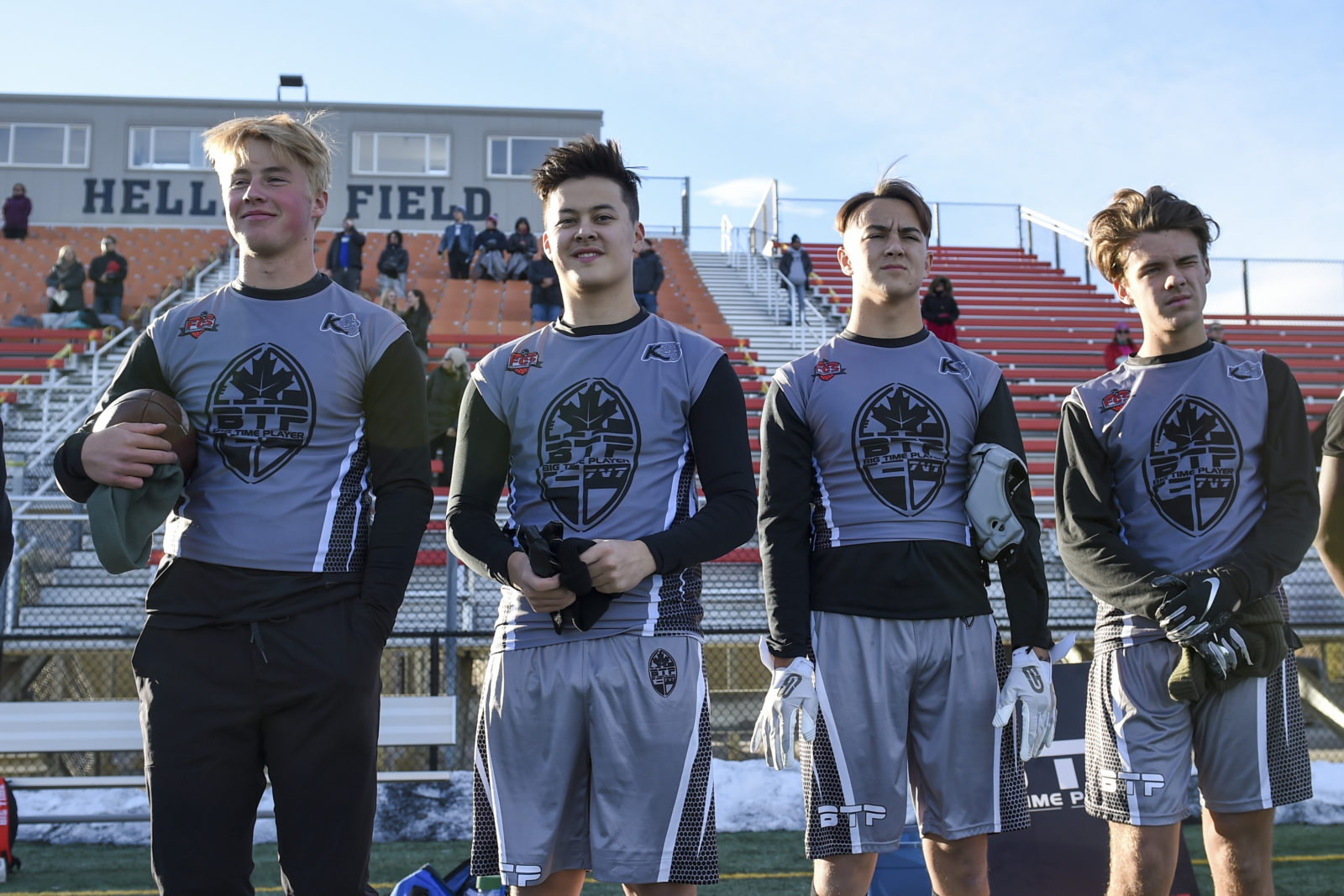 “I wanted to create something where kids can come out, throw the football around and have fun. It’s the essence of football, man.”

Like all group activities, the COVID-19 pandemic has posed some unique challenges.

However, thanks to the smaller team rosters and the desire to create a safe environment for the kids to continue playing and developing, Keon Raymond found a solution to get the game going again.

“When the whole COVID thing hit, we had just come back from Los Angeles,” he said. “I had taken 15 kids for a 7-on7 tournament in L.A. and we had a great time. We returned home from competing and three days later they closed the border. That ended our travel season.

“With the firm restrictions, we were thinking about how we can help the kids play. I thought it was a prime opportunity when they said we could operate under smaller cohorts.

“With it being a 7-on-7 game, it was a perfect fit. We broke it down to four teams with eight or nine players per team, so it was pretty small weekend cohorts. It allowed us to stay within the numbers and we only needed 13 on the field at one time, so it worked well to allow the kids to keep playing.

“To see things kind of get back to some form of normalcy, especially with the 7-on-7 we’ve been running throughout the summer and fall, it’s been like a breath of fresh air.”

The fast-paced format allows players to focus on critical thinking, adapting and reacting to in-game situations, and racking up touchdowns and interceptions.

“We always want to make sure safety is number one with the program,” Raymond said. “That was one of the biggest reasons why I started it. Making sure kids can play and play in a safe environment. Football always has concussions issues – a kid takes one hit and he misses a couple of weeks, so he’s missing a lot of cognitive things of building the foundation of their skill set. We have the kids wear a soft-shell helmet – it’s not perfect, but it’s added protection when they go jump for a football or something like that.”

“We keep it to two corners, two half-backs, two safeties and a middle linebacker,” he explained. “They’ll have six players on offence including the quarterback. The quarterback has to find the areas since there’s seven defenders and only five guys running routes. “They line up and the QB has four seconds to throw the ball and if he doesn’t throw the ball during that time, it counts as a sack. It allows the quarterback to learn how to read the defences in a faster sequence, dissect coverage, understand movements, and it accelerates their game mind.”

Big Time Players 7v7 provides the kids with an opportunity to play football during their offseason, participate on the travel team, acquire video highlights of their games, and learn from professional football players such as Colton Hunchak, Shane Richards, and Marquay McDaniel. With an assist from the Stampeders Video Operations Director Ross Folan, the players are able to get properly packaged highlights to use in their recruitment efforts.

“We’re able to put some of their film on to HUDL,” said Raymond, speaking of the online recruiting platform used by the players. “Ross helps us with that and now the kids get to watch themselves every week, something they wouldn’t get a chance to do since there is no high school football right now. With no competition elsewhere, these kids are loving the opportunity to play.”

“I couldn’t imagine in my senior year football being taken away from me. I wouldn’t be here, man.” 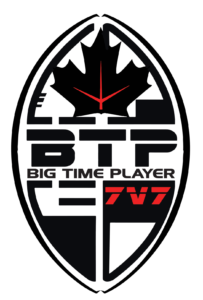