William Langlais during the 2017 Grey Cup (Photo by David Moll)

A third-round selection by Calgary in the 2015 Canadian Football League draft, Langlais has played 76 career regular-season games over five seasons for the Stamps and was a member of the Red and White’s Grey Cup-championship team in 2018. 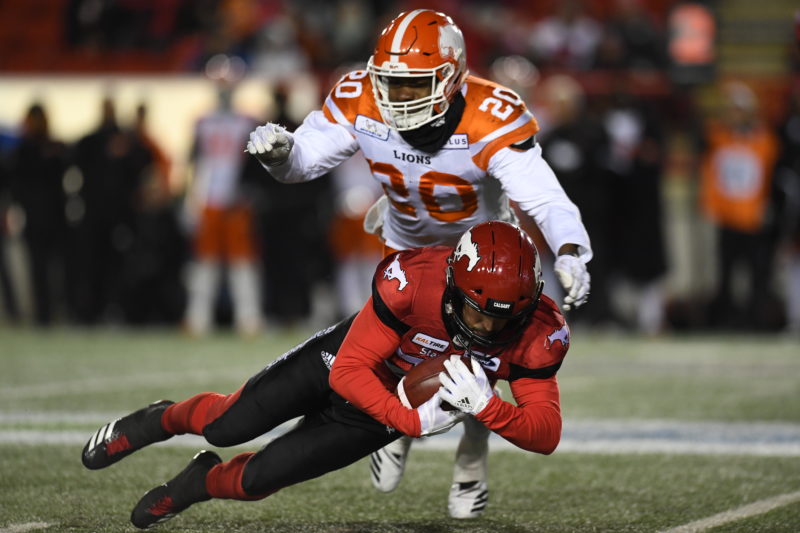 “Since joining the Stamps in 2015, Will has contributed both on offence and special teams and I’m pleased that he has chosen to remain in Calgary,” said president and general manager John Hufnagel.

“I couldn’t see myself playing for another team,” said Langlais, a 30-year-old product of the Universite de Sherbrooke. “I missed the city of Calgary during this long layoff since we were last on the field so I’m really happy to be back. My goal is to work hard and continue the winning tradition we have here.”

For his career, Langlais has 54 special-teams tackles and 13 receptions for 189 yards.