The 25-year-old University of Calgary product had been eligible to become a free agent on Feb. 9.

An eighth-round selection in the 2017 draft, Sindani attended his first training camp with the Stampeders that year before joining the Dinos. He made the Stampeders roster in 2018 and was a member of Calgary’s Grey Cup championship team.

“The Stamps brought me in here my first year and I got a ring,” said Sindani. “Coming back to a team that presents the best chance of winning and competing makes decisions easy. I’m on a mission when they let us back on the field. Signing back was step one.” 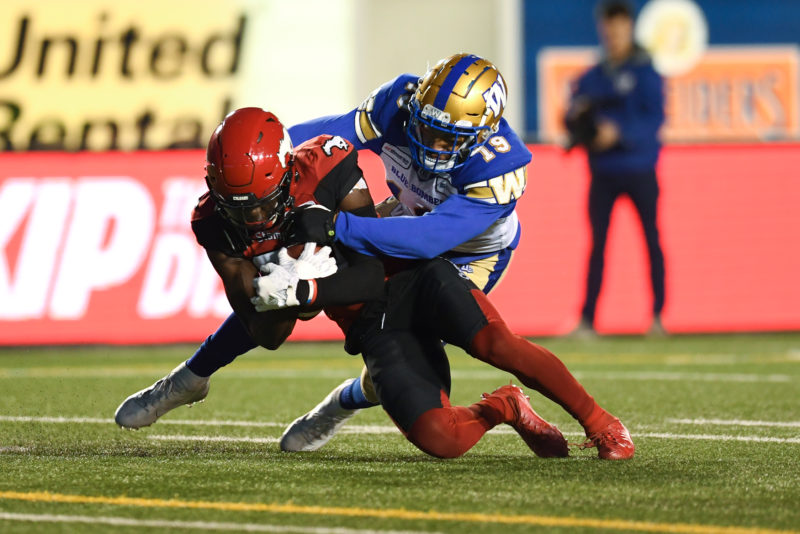 In 2019, Sindani appeared in 15 regular-season games including one start and established new career highs with 32 catches and 362 receiving yards. He also had a catch for a two-point convert and a career-long 51-yard reception against Edmonton in the Labour Day Classic. He was also in uniform for the Western Semi-Final.

“Richie has developed into a reliable receiver,” said Stampeders president and general manager John Hufnagel. “He is very smart and has the knowledge and ability to play numerous receiver positions.

“Richie made some outstanding and clutch catches in 2019 and I am glad he is back in the fold to compete for a spot in 2021.”

Sindani started his university career with his hometown Regina Rams before joining the Calgary Colts juniors in 2016. In nine regular-season and playoff games for the U of C Dinos in 2017, he had 31 catches for 408 yards and two touchdowns.