Talk about getting things off on the right cleat.

The Stampeders opened the preseason with a 41-6 victory over the BC Lions Saturday at McMahon Stadium in front of 18,440 fans.

Shawn Bane scampered for a 74-yard punt return TD with 27 ticks left in the second quarter, and Keiran Burnham booted a pair of field-goals to put the homeside up 13-0 at the half. 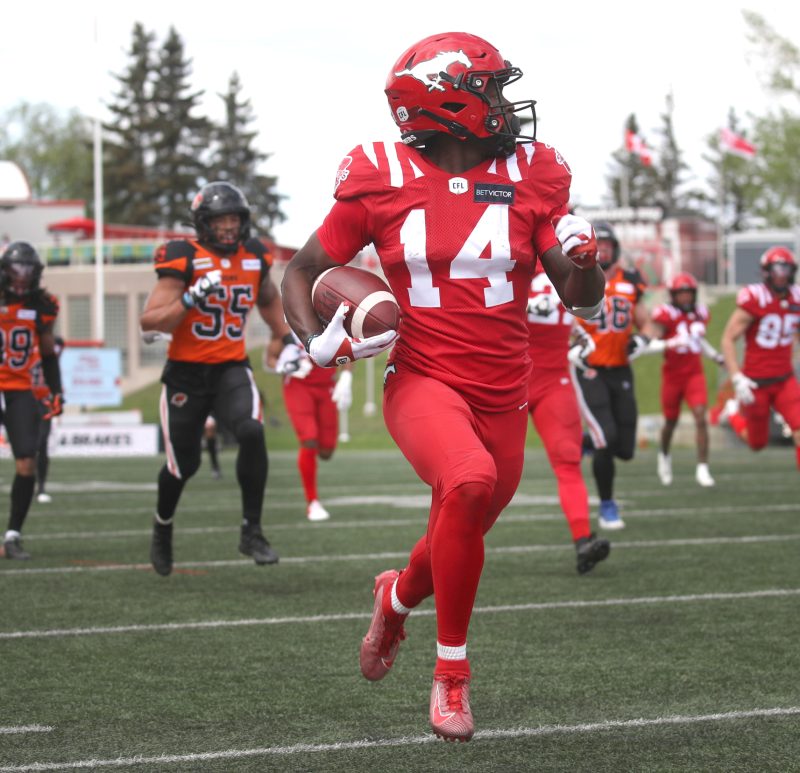 The flood gates opened for the Red & White in the second half, with Dedrick Mills, Tommy Stevens and Rasheed Tucker rushing for TDs, while Josiah Schakel had a 20-yard INT he ran back for a major.

Four QBs played in the game for Calgary: Bo Levi Mitchell was 3-for-10 for 37 yards with two interceptions, Jake Maier was 7-for-13 for 90 yards, Chase Fourcade finished 2-for-4 with 17 yards, and Stevens was 1-for-1 for four yards.

After more than 1,000 days between preseason games, Bane took the opening kickoff to get things underway at McMahon.

Mitchell was behind centre for the opening drive, overthrowing his first pass before connecting with Kamar Jorden on a 12-yard catch to move the chains.

He followed up with a 15-yard catch-and-run to Bane out of the backfield.

Mitchell was later picked off down near the Lions endzone to stop the drive.

The Stamps drove down to redzone again in the second quarter but Mitchell’s intended TD pass to Colton Hunchak was picked off by Quincy Mauger who was in tight coverage.

The two teams were scoreless after the first quarter.

Burnham booted a 33-yarder to opening the scoring and give the Stamps a 3-0 lead with 8:19 left before the half, capping off a 12-play, 46-yard drive.

He added another field-goal with three minutes to play, nailing a 34-yarder down the middle, before Bane’s TD scamper.

The Lions got on the board at 12:11 of the third quarter when Jamarius Way hauled in a 38-yard TD catch from Michael O’Connor following a Stamps fumble on a punt return.

A pair of big catches by Felton Davis (32 yards) and Nick Holley  (11 yards) from Maier put the Stamps inside the five-yard line, with Mills eventually punching it in to cap off an impressive seven-play, 65-yard march down the field.

Brad Cowan made a massive punt block late in the third quarter, the Lions recovering on the four-yard line to give the Stamps stellar field position. 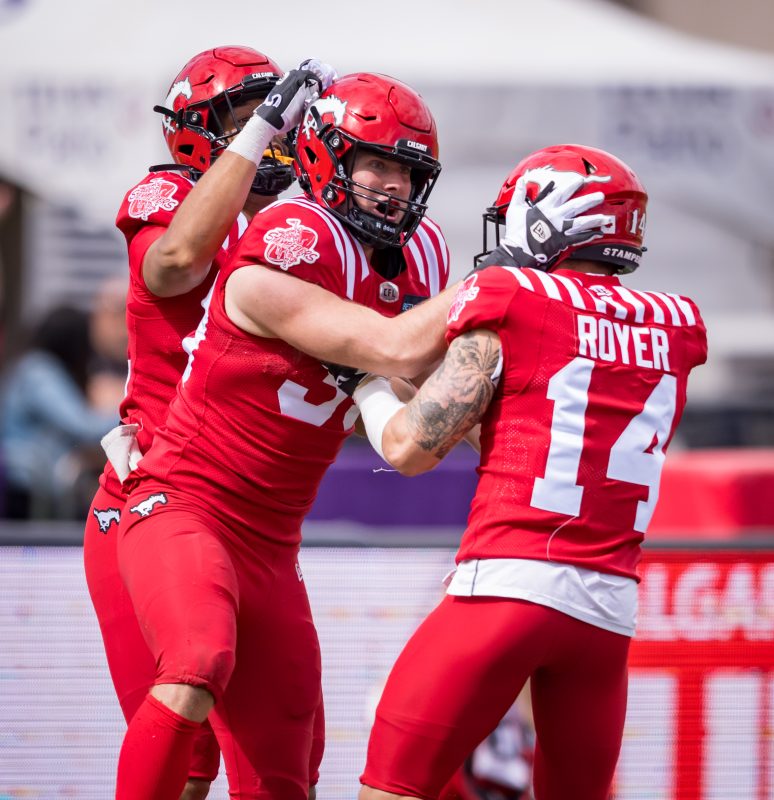 And they made good.

Stevens ran it in from two yards out to extend the Stamps lead.

Schakel was Johnny On The Spot to pick off a Kevin Thomson pass late in the fourth quarter, and Tucker had a late five-yard major to round out the scoring.

The Stamps head up the QEII Friday to take on the Elks at Commonwealth Stadium. 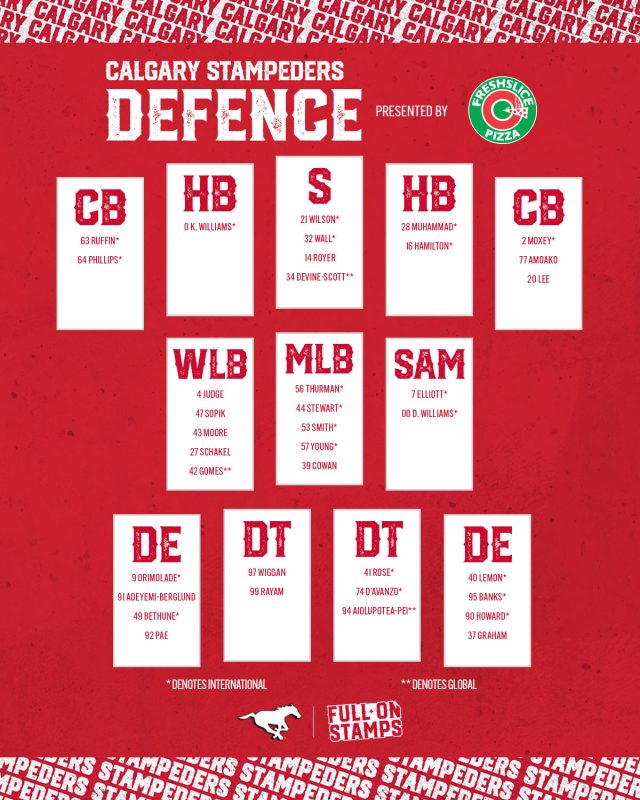 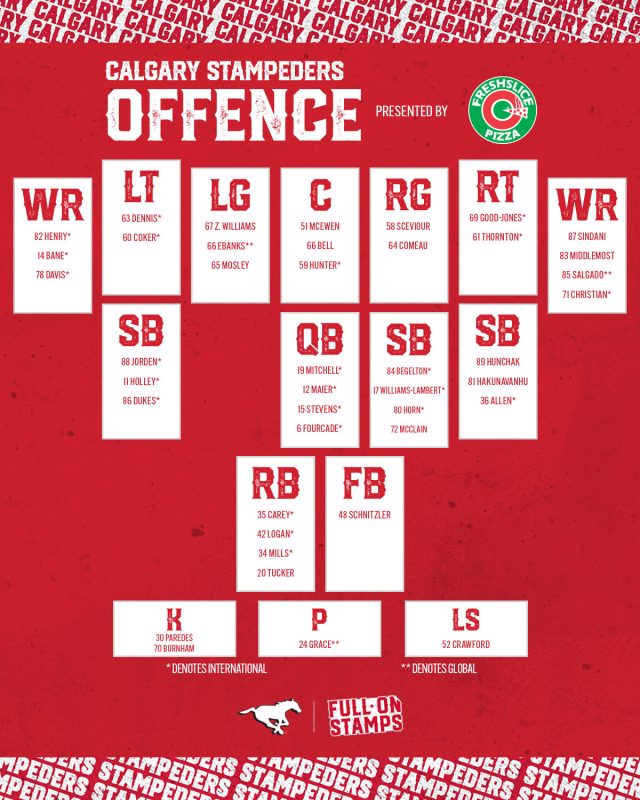