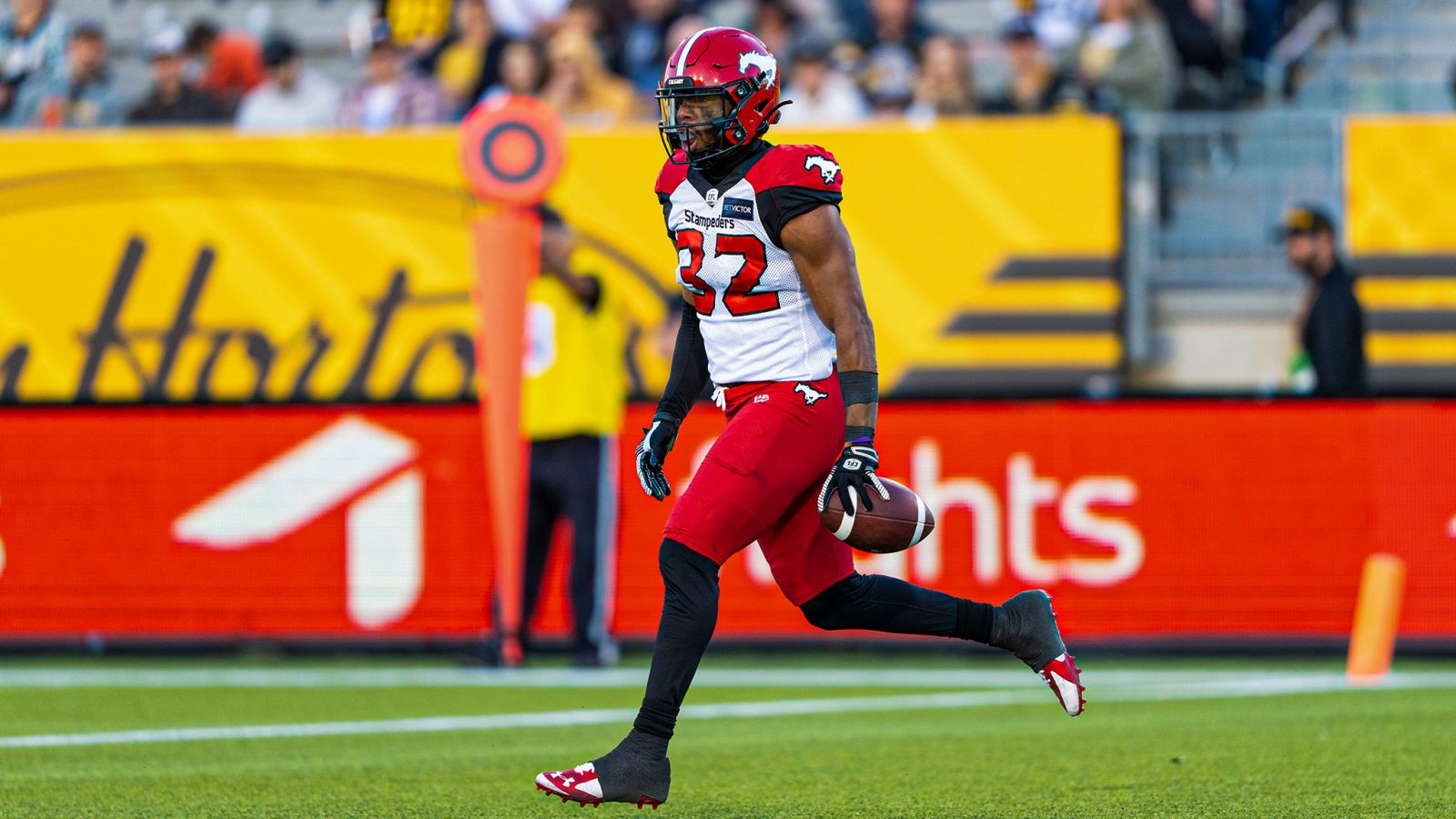 Two members of the Calgary Stampeders are being honoured as Canadian Football League top performers for their play in Week 2. Kicker René Paredes and defensive back Titus Wall both made important contributions to the Stampeders’ 33-30 overtime victory over the Tiger-Cats at Hamilton’s Tim Hortons Field.

Paredes accounted for 15 of Calgary’s points as he was perfect on four field-goal attempts and three extra-point tries on a windy evening in Hamilton. The field goals included a 46-yarder, a game-tying 39-yard kick in the final minute of regulation and a 35-yarder in overtime that provided what proved to be the winning points.

Paredes, who has now been successful on 26 consecutive regular-season field goal attempts dating back to last season, also averaged 63.0 yards on four kickoffs on Saturday.

Wall, playing just his second CFL game and making his first start at safety, provided a pair of huge defensive plays to help the Stamps rally from a 21-point halftime deficit.

With the Ticats threatening to extend their advantage early in the third quarter, Wall intercepted a Dane Evans pass in the end zone.

Then, with a little more than four minutes to go in the fourth quarter and the Stamps still down by seven points, Wall wrenched the ball out of Evans’ hands on a third-down sneak attempt and ran the ball back 45 yards for a game-tying touchdown.

In addition to the interception, forced fumble and fumble-recovery touchdown, Wall made six tackles.