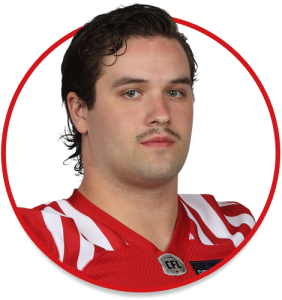 Graham played 23 games over three seasons (2017-19) at UBC, seeing action as both a defensive lineman and a linebacker. He made 87 tackles for the Thunderbirds including four tackles for loss, five pass breakups, one forced fumble and one sack. Graham had an interception returned for a touchdown against Manitoba in 2017, with the 107-yard runback being the longest in school history and second-longest in Canada West history.

Graham is an alumnus of Westdale Secondary School in Hamilton.