Attending open tryout can pay off

Attending open tryout can pay off

All Osagie Odiase wanted was an opportunity to prove what he can do on a football field. He knew if given the chance, he could make the most of that opportunity.

Eric Rogers, a former teammate of Odiasie’s on the Arena Football League’s Portland Thunder before emerging as a star receiver for the Stamps, helped convince Odiase to give the CFL a shot.

“(Eric) was telling me how good it was and how the team and town treated him, — that’s one of the reasons I wanted to try out for Calgary,” said Odiase of his decision to attend a tryout camp in Huntington Beach, Calif.

The tryout was a success. As he was packing to get ready to return to Portland, the Stamps called Odiase with an invitation to their mini-camp in Florida and the Sacramento State product knew this was his shot. 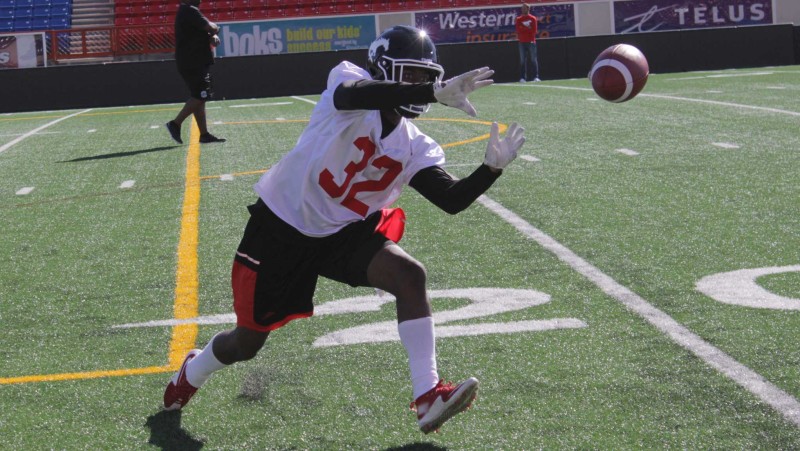 “I just threw all my eggs in one basket and said, ‘Forget it. I’m not going (to Portland).’ Because I know for a fact I’ll make (the Stampeders),” Odiase told the Calgary Herald at 2016 training camp.

Odiase made the roster ended playing six regular-season games and one playoff contest in his rookie campaign and will now compete for a regular starting gig in 2017.

The Stampeders hold open tryouts in cities across the U.S. looking for top talent to invite to their annual mini-camp in Bradenton, Fla., located near Tampa.

In 2016, more than 20 free agent athletes who attended open tryouts received an invite to the mini-camp in Bradenton, where the Stampeders football staff was able to evaluate the players’ skills in a variety of situations.

Quite a few players from the Florida camp received invites to Calgary for training camp and three players — Odiase, Jamal Nixon and Roy Finch — were able to secure spots on the roster and make contributions on the field during the Stampeders’ dominant 2016 season.

“The importance of our open tryout program cannot be understated,” says Brendan Mahoney, one of the Stampeders’ directors of scouting. “With the sheer number of quality players in North America, our goal is tour the continent and provide an opportunity for these players to display their skills in a professional environment to our scouts and coaches.

“Meeting and speaking to a player in person at an open tryout is something our organization places a high priority on.”

Seeing a player’s highlight film can be helpful in the search for football talent but, as Mahoney points out, it can be easy for anyone to look good in highlight tape.

From a football operations standpoint, nothing is more valuable than being able to evaluate a prospective player live and in-person in a competitive situation.

There are few players who can attest to this more than Finch, one of the CFL’s top special-teams return men.

Hailing from Oklahoma City and a Sooners alum, Finch was someone who had already garnered some interest from the Stampeders. 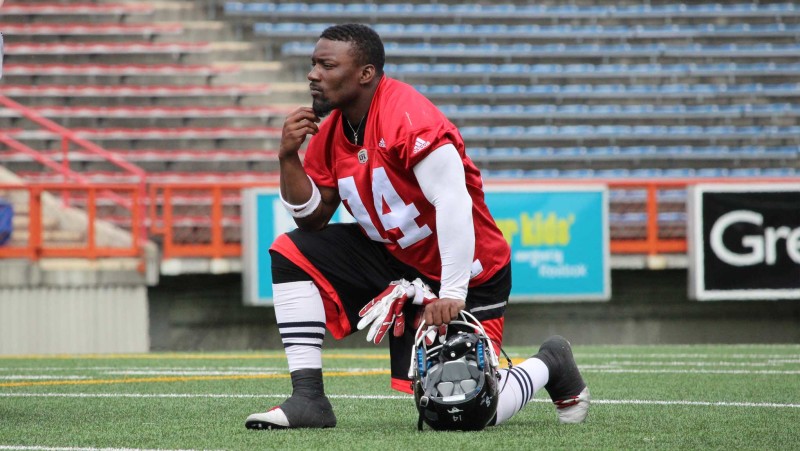 Finch had previously played in the CFL but had spent a year away from the game and Stampeders staff was eager to see how the speedy scatback and kick returner looked in person.

“We told Roy we liked him and saw him fitting into what we do, but we wanted to see him validate our vision in person,” says Mahoney.

The approach worked and Finch went on to be one of the CFL’s most productive kick and punt returners in 2016.

Finch was grateful for the opportunity to have a chance to prove he could still perform at a high level in the sport he loves.

“I was so juiced up that I had to calm down, it was an exciting time,” recalls Finch as he reflected on his camp experience.

“I believe (the coaches) gave everybody a chance to compete, they want to see the top players go against each other and I like that format. It intensifies the competition.”

There are open-tryout success stories scattered all over Stamps rosters past and present including the exceptional rise of cornerback Ciante Evans.

Evans secured a spot on the Calgary roster after making it through the Bradenton mini-camp and a grueling 2015 main training camp. 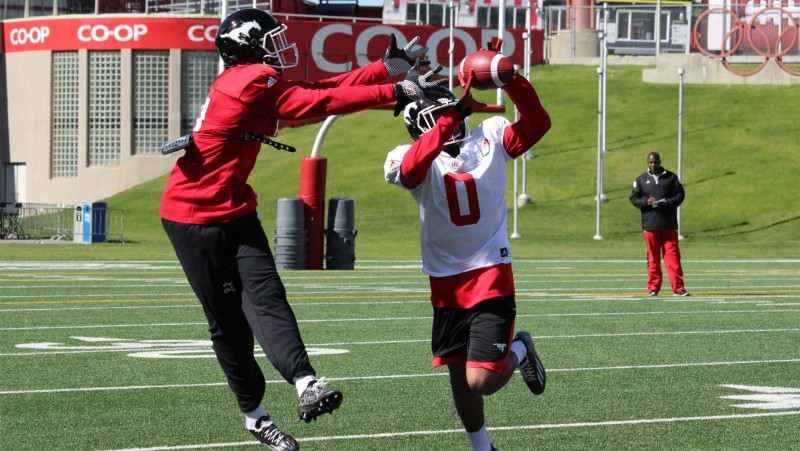 After having a chance to play in a few games in his rookie season, Evans locked down a starting role in 2016, eventually garnering CFL all-star honours as a sophomore.

“I was playing in a developmental league at the time,” says the soft-spoken Evans. “The coaching staff encouraged me to come out to a tryout and, really, the rest is history.”

For the organization, these camps are crucial to finding the best available talent to contribute to the team’s goals of winning a championship.

For players like Odiase, Finch and Evans, the opportunity has put them in a position to play the game they love for an organization with a winning tradition.

Having been out of the game for a while but still wanting to play, Finch wanted to make the most of his opportunity and has advice for anyone on the fence about whether an open tryout is worth attending.

“You never know when your time is going to come,” says Finch. “I would encourage anybody who thought of going and trying out. I think it’s a good opportunity and you never know where it will take you.”

For more information on registration for Stampeders open tryouts and their locations, be sure to regularly check www.stampeders.com/tryouts.