OTTAWA – They’ve adopted it as an unofficial slogan:

And right at this moment, it’s pounding away with the fervour of a door-to-door salesman who simply refuses to take no for an answer.

“You can say the Calgary Stampeders, as an organization ,maybe haven’t won as many championships as other people think,’’ said coach Dave Dickenson on Saturday, a shade over 24 hours away from showtime.

“One thing I’m most proud of, though, is that we get to the party.

“Year-in, year-out, we get to the party more than anybody else, give ourselves a chance to win the ring.

“Yeah, I’d like to finish it tomorrow and get that championship but I’m really proud that the guys put the work and the effort in.

“Year-in, year-out, we’re at the party. We’re here at the dance. Hopefully now, good fortune is on our side, we play well and win it.

“Opportunity is knocking and we’re ready to answer the door.”

On a drizzly, overcast Ottawa morning, the Stamps squeegee-d through their final walk-through of 2017. Ricky Ray and the Toronto Argonauts, lying in wait, made a brief pit-stop at TD Place Stadium and then vamoosed back to their hotel headquarters.

The analyzing, dissecting, picking-apart, is almost over.

There is only the game. 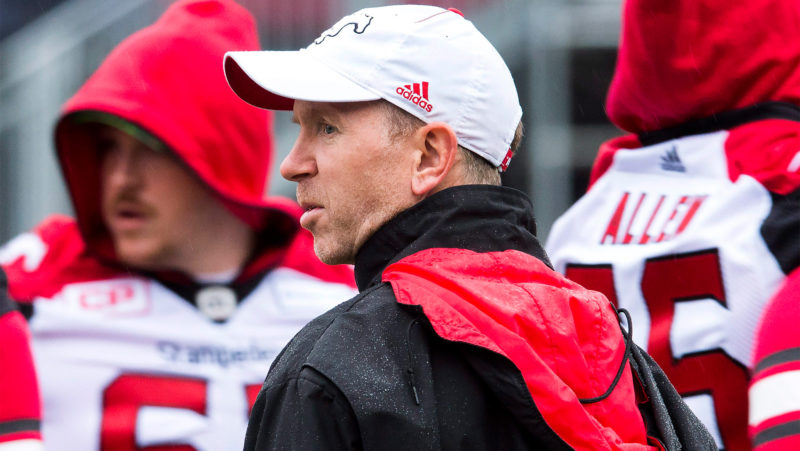 Over the past decade the Stamps have been the undisputed class of the CFL. Why, the past two seasons alone they’ve piled up a jaw-dropping 28 regular-season wins.

To not finish off that incredible stretch without one Grey Cup title would be little short of unthinkable.

Heading into their third title appearance in four years, the Stamps are once again installed as favorites. They possess the second-highest-scoring offence in the league, ignited by quarterback Bo Levi Mitchell. Returner Roy Finch, the human firework, can turn game on its ear any time he latches onto the ball and sizes up either punt or kickoff coverage.

And, most impressively, they’re anchored by a defence that held opponents to 81 fewer points than any other entry.

Many of the players this week, this entire season, in fact, haven’t been shy about admitting the crushing 39-32 OT Grey Cup loss to the Ottawa RedBlacks is being used as fuel.

But in case anyone remains curious, the anguished spectre of that afternoon/early evening at BMO Field doesn’t haunt Dickenson’s every waking moment, leave him sitting bolt upright in bed drenched in bad-dream perspiration.

“I’ve moved on,’’ he said with a small smile in the field-level interview room at TD Place Stadium. “I just really have, guys.

“I’ve gotten to be a better coach, I believe. Experience is something you should learn from. You’re stupid if you don’t at least look back and learn from something, win or lose.

“I’m still myself. Our staff is ready to go. Our players are excited to be here.

“We’ll show up and hopefully put on a show.”

That sound you hear?

Listen closely and it’s the sound of opportunity, knocking. 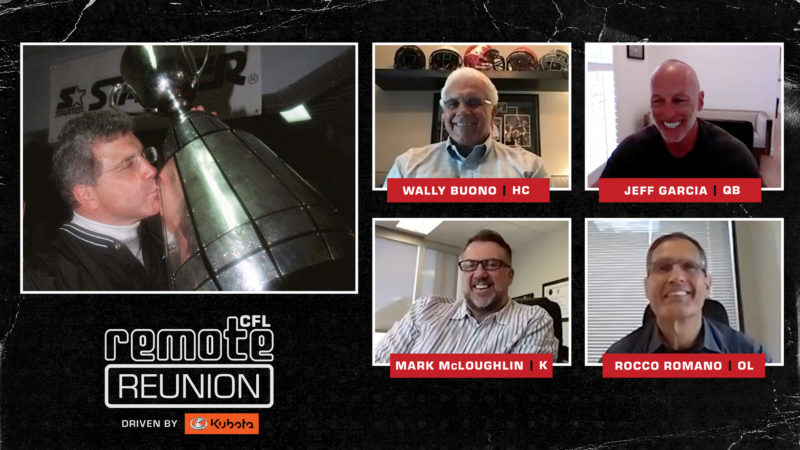