Reggie Begelton was ready for his first tattoo in his late teens, but he had to wait a little longer before getting inked.

“I wanted one right out of high school. I actually graduated at 17 but the new law in Texas was passed that you had to be 18 no matter what, even if you had your parents. But luckily my birthday was right around the corner,” says the third year wide receiver. 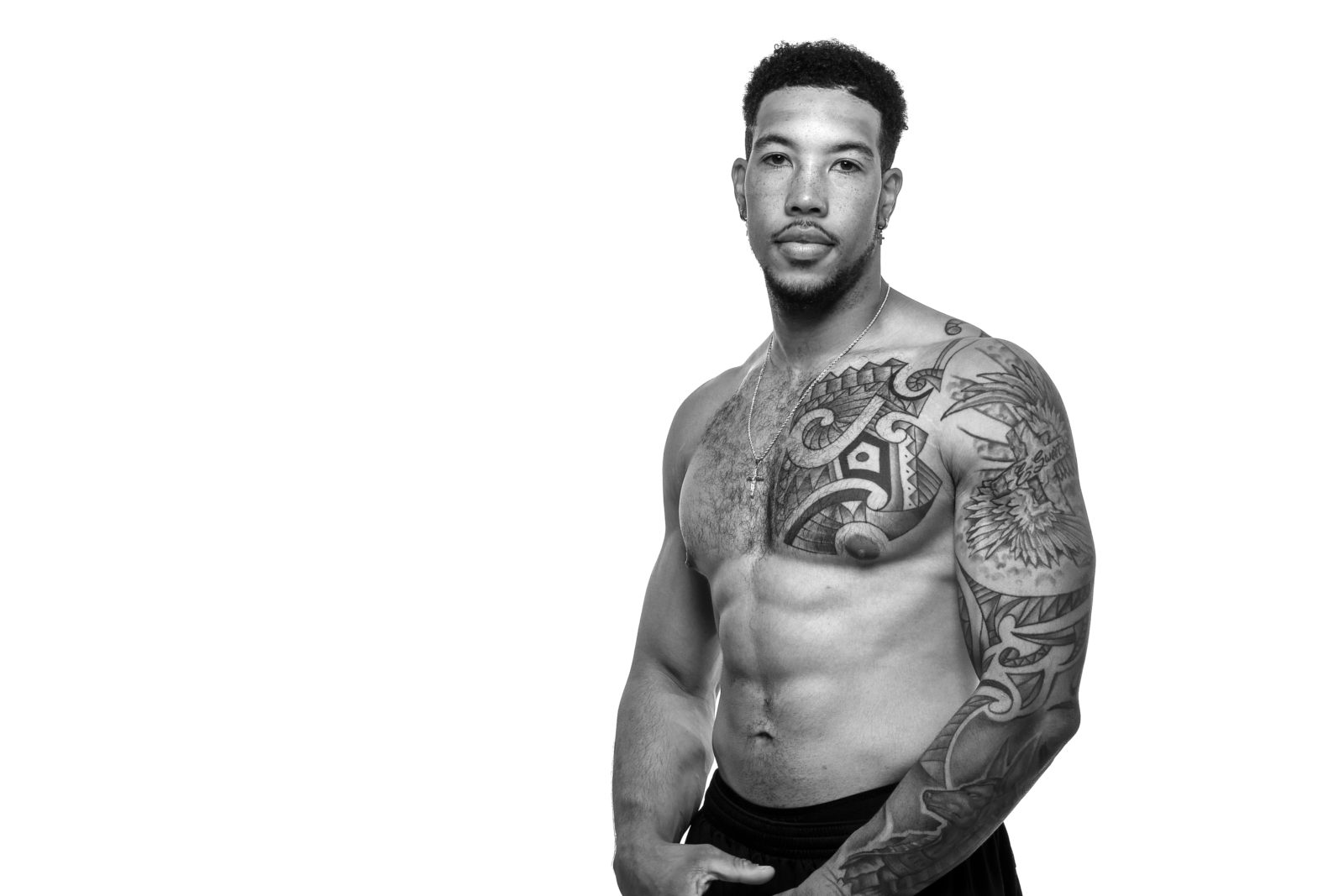 “My first tattoo was a cross and angel wings on my right shoulder for my late uncle. He passed away when I was 7, he was actually babysitting me and he stepped out and he got robbed and killed at the age of 20 so he was a big part of my life.”

From there, he went with his original thought for his first ink, a Polynesian tribal sleeve that starts on his lower arm and reaches across his chest.

“And the third one was for my little sister, my sister’s keeper, it’s a dove with a rosary with the water petals on my inner arm and then after that that’s when I started to finish my sleeve.”

“The first thing I got was Anubis, I love Greek mythology and I love Egyptian mythology. Anubis is the overseer of the dead so no matter how good you are, you’re going to see him. And the scales is while you’re living, you deal with blessings and adversity and if you have too much of one, the scale tips. You need a good balance because at the end of the day you’re going to eventually see Anubis.” 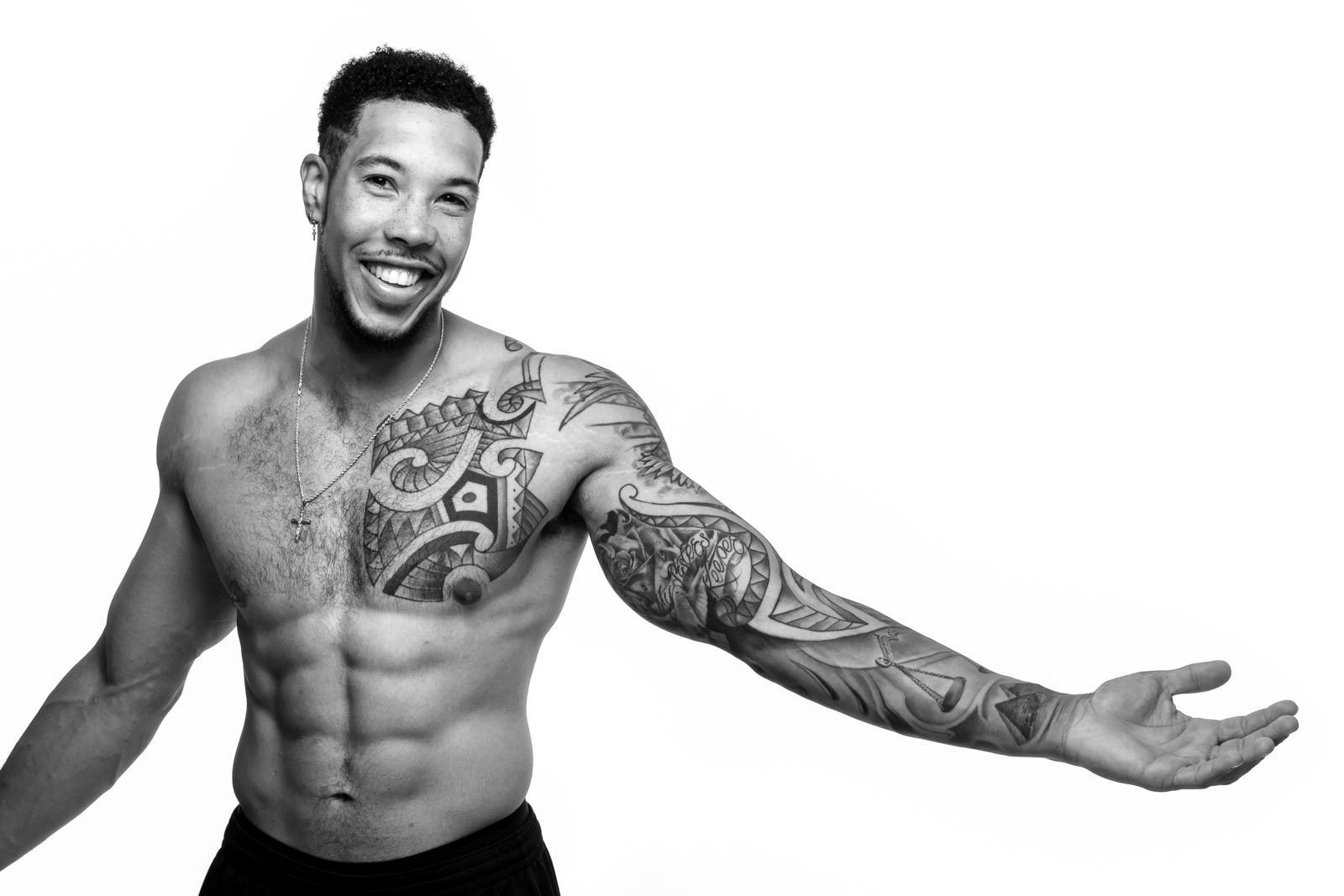