To some, he’s just another name on a long-list of legendary QBs to suit up for the Red and White.

For others who didn’t grow up with Flutie, Garcia, Dickenson or Burris… he’s everything we know.

On one hand it feels like it was inevitable.

On the other, it feels like time has flown by.

I remember when Bo Levi Mitchell came onto the scene in 2012.

I had just began my Stampeder fandom shortly after the 2008 Grey Cup when I bragged to my grade four classmates that we had won – they were Roughriders fans.

All it took was the talents of Romby Bryant and Jeremaine Copeland to entice me but the commitment I have for this football club was cemented for eternity when the 22-year-old kid from Katy, Tex., landed a job on the roster.

“I like that Mitchell guy!” I exclaimed to my Mom.

Ten years later and I’ve graduated high school, university and got a full-time job with the team I’ve fallen in love with. I’m the 22-year-old kid beginning their dream. 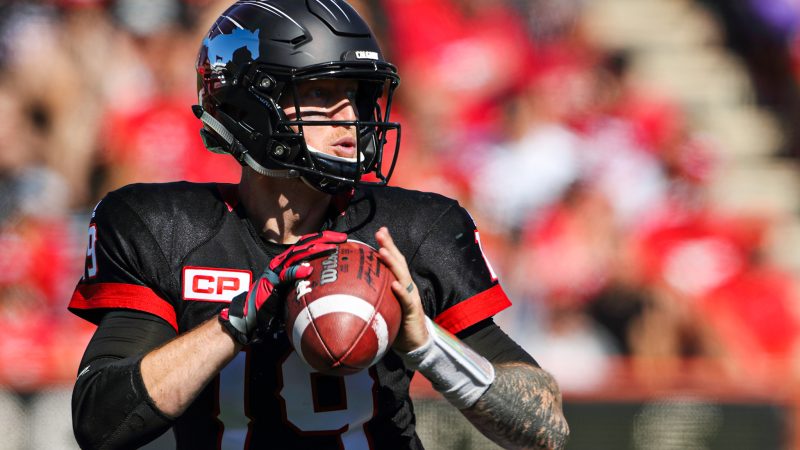 As focused as always, the record is not something he’s given much thought.

“I didn’t even know until someone brought it up before the season,” said Mitchell. “But you’re not going to really average it out and think about each game, you’re just going to go out there and play and know it will happen at some point.

“It’s always something that you’re super excited about because you want to have those career goals but during the game, I know I won’t be able to tell you what play it happens on. I’ll tell you that.” 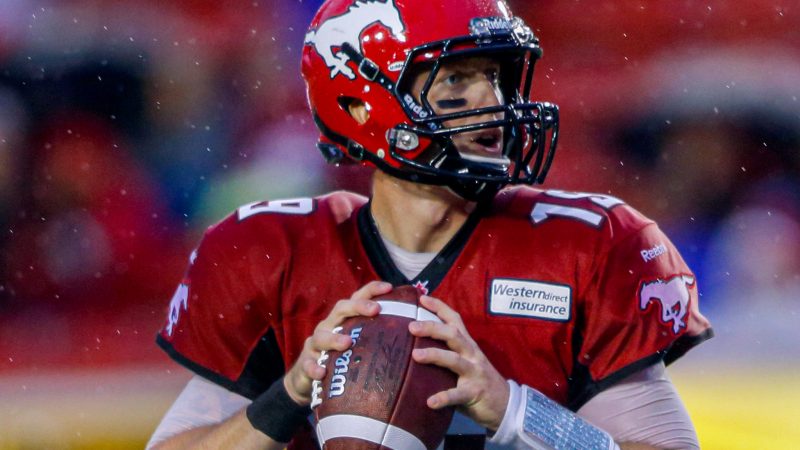 Although No.19 has established himself over and over again throughout the years, I had to ask the Texan if this record is something he ever thought about achieving at the beginning of his career when he first rolled into Alberta.

“I think at first your thought as a young guy is you just want to make the team,” informed Mitchell. “Take somebody’s spot. Become the guy.

“Then once you’re the guy, I start to think about those things. I want to be a Stampeder for life and take down as many records as possible.

“But the ones that matter the most are definitely the Grey Cups.” 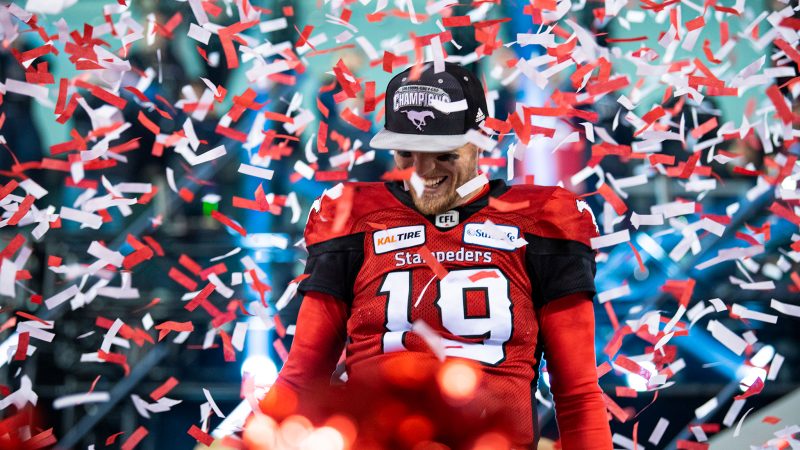 Stamps fans know too well the history that lies between Calgary and the Ottawa Redblacks. The 2018 Grey Cup win for instance.

And, the other Grey Cup we won’t talk about.

You could say it’s poetic that the night the 2x CFL MOP breaks Burris’ record comes against the last team he suited up for.

And it should come as no surprise that Mitchell has nothing but admiration for Smilin’ Hank.

“Henry’s a guy that I’ve studied a lot. I’ll definitely give a lot of praise to that guy, what that guy’s done not only for the CFL but this team (Calgary) in general. He did a lot here, so to pass him on anything whether its single season or career marks, it’s definitely something special.”

There is someone who is not surprised that Mitchell and Burris lead the ranks of the Calgary record books.

Someone who was there when Mitchell first graced the field a decade ago.

Someone who links the gap between Burris and Mitchell.

“When you have a long career like those guys and stay healthy and stay on the field you’re going to produce. Especially being talented like both of those guys, I mean, it’s just a matter of time,” said the former Stampeder and now quarterbacks coach of the University of Northern Iowa Panthers.

From 2009-2016 Tate supported the Stampeders whenever his number was called upon. He worked through the injuries and helped the club reach the 2012 Grey Cup in Toronto –who can forget that legendary 68-yard touchdown pass to Romby Bryant in the dying seconds of the Western Final against Saskatchewan?- and scored the only touchdowns for the Stamps to secure the 2014 Grey Cup victory against the Tiger-Cats.

But, what did he think of the young gun from Texas when they first met a decade ago?

The former Calgary pivot doesn’t only credit Mitchell’s talent, but the prowess of the Calgary Stampeders organization as well.

“I’m sure Bo had opportunities to go to the NFL but never did and I think that it says a lot about the Stampeders and the city of Calgary. It’s a really cool place; it’s pretty with a lot of pretty people. It’s a nice place to play football and get paid to do it.” 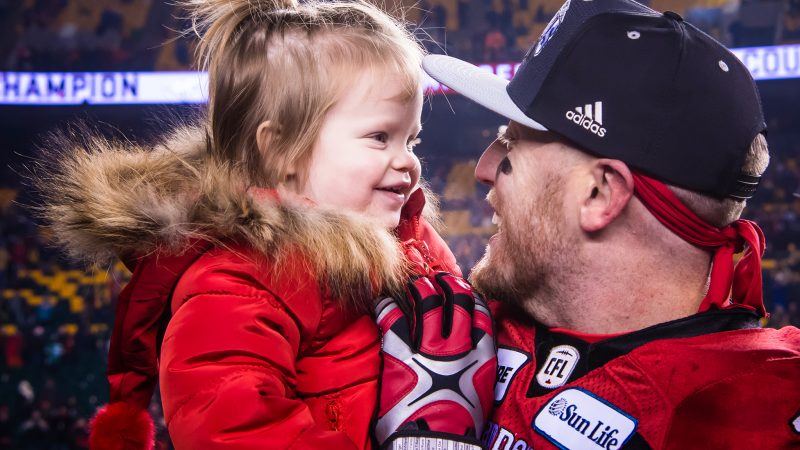 Those 32,192 yards not only represent work done on the field, but a life off of it as well.

As I’ve grown up, Mitchell has too.

A loving husband, a father to two sweet girls, and a leader in the community, those yards represent time.

“I’ve been in this city for a long time and it’s done a lot of great things for me,” reflected the 32-year-old. “I also know there are a lot of fans that have only been here for ten years or less and I’m all they know.

“It’s exciting, it’s cool because it’s kind of something myself and the fans that have been here that long can do together.

“(It’s) for the people that did believe in me back in the day and it’s exciting to do it for the legacy.”