OTTAWA – Heading into the Sunday’s Grey Cup, much has been said and written about  the Stampeders’ formidable offence.

Jerome Messam and Roy Finch piled up the yards on the ground and scored majors in Calgary’s Western Final win over the Edmonton Eskimos last Sunday.

The team’s receiving corps – which suffered through a seemingly endless string of injuries to key players all season – is back and healthy for the biggest game of the year.

And, of course, the guy leading the attack, Bo Levi Mitchell, is one of the most efficient quarterbacks in the league, capable of dissecting an opposing defence with clinical precision.

Not surprisingly, there’s one crucial group that hasn’t been talked about much, which is pretty much par for the course: the offensive line.

The five guys in the trenches that will make it possible for those backs to make their runs, the receivers having the time to run their patterns and get open for Mitchell to throw to and – perhaps most importantly – protect their pivot from being hammered down to the turf.

“We understand we don’t get all the fame and the glory,” said big 6-foot-3, 301-lb. Ucambre Williams. “But it’s what comes with being an o-lineman.

“Honestly, me personally, I don’t even like having my name in the paper. I just feel it brings too much attention to myself. I like to be the quiet assassin.”

It’s a common sentiment among the club’s big men.

“Nope,” said Brad Erdos, when asked if it bothers him that he and his brothers-in-arms get so little attention. “That’s the way we like it. If you’re playing o-line, that’s what you expect.

“If the camera is on you,” continued the 6-foot-3, 295-pounder, “you probably did something wrong, like take a penalty.” 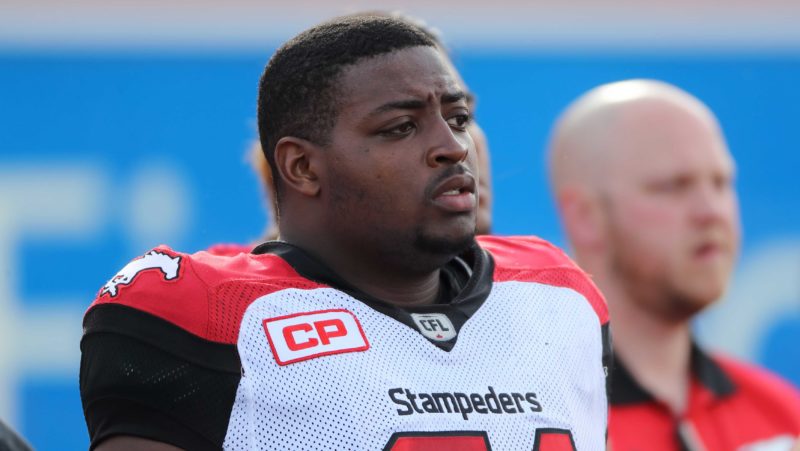 As with every victory, the offensive line played an integral role in beating their archrivals from up the QEII and earning the team its second straight berth in the national championship.

But on a club with a single-minded focus to make up for last year’s Grey Cup loss to the Ottawa RedBlacks by beating the Toronto Argonauts this Sunday, there was little time for pats on the back after edging Edmonton.

“I mean our last time out was a pretty good game for us but we’ve moved on from that,” said o-line coach Pat DelMonaco. “It’s about what we do on Sunday now.

“They have a really good defensive line we’re going against so it’s going to take a great effort from us and we’ll see what we can do.”

A big key against the Argos will be duplicating the success Messam and Finch – also a dynamic kick returner who was named the CFL’s Special Teams Play of the Year Thursday night – had on the ground.

That all starts up front.

“We know as long as we do our job, it’ll work out,” said Erdos. “We take care of our business up front and we’ll be all right.

“We know with Mess, he’s going to get the yards, we just have to hold the blocks. With Roy, we just need to give him a seam and he’ll take it. As long as he has a crease, he’ll make explosions happen.” 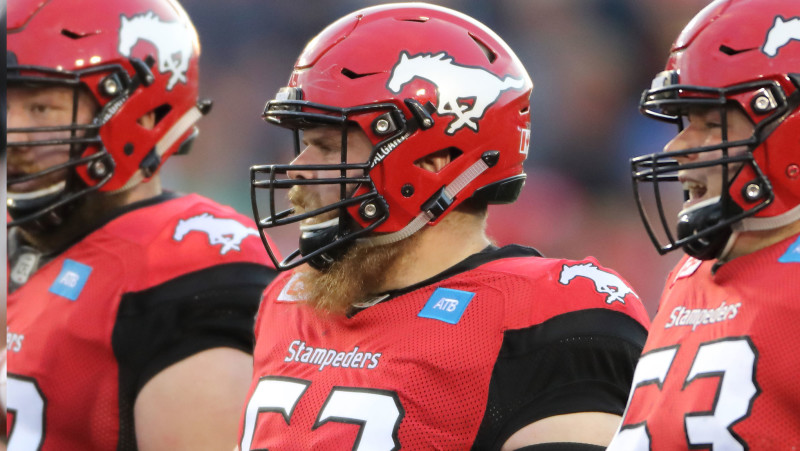 Is there extra motivation for the O-line knowing just how lethal the Red and White’s offence has the potential to be now that it’s operating on all cylinders and with the elusive Finch getting more touches out of the backfield with it being playoff time?

“I just think it’s their job, it’s our job,” said DelMonaco. “That’s what we’re supposed to do. We know if we get it rolling they can continue to get carries and then we don’t have to pass pro(tect) as much. We understand how it all kind of goes. We have to make sure we’re moving the ball on the ground and I think they’re ready to do it.”

Erdos certainly appreciates the situation the team is in, healthy and ready to rock in the most crucial game of the year.

“It’s great we’re all clicking right now and you want to go into the playoffs on the right note,” he said.

With time ticking down to the big game and most of the preparation out of the way, their job come Sunday – as always – is crystal clear to them.

“We know we control the game,” said Williams. “So we come out with a purpose and a plan.”

“We have to be prepared,” he continued. “Pat has us ready with the scheme and everything and we have confidence in our ability to go out there and play like one unit and get the job done.”