The Stampeders 2022 season has unfortunately come to an end.

The Red and White finished the regular season with a 12-6 record and third place in the West Division.

On Sunday the team lost to the BC Lions in the Western Semi-Final in a 30-16 decision.

Monday, the team cleaned out their lockers. President and GM John Hufnagel, head coach Dave Dickenson and select players addressed the media to discuss the playoff loss, the season and what’s to come in the future.

“Nothing sweet like winning a championship comes easy. For me personally, the only thing I know when something like this happens is I have to get back to work. I have to come back in better shape; I have to come back stronger, physically, mentally. I’ve got to sharpen my skills and I’m looking forward to making this off-season…one of the best of our careers.” 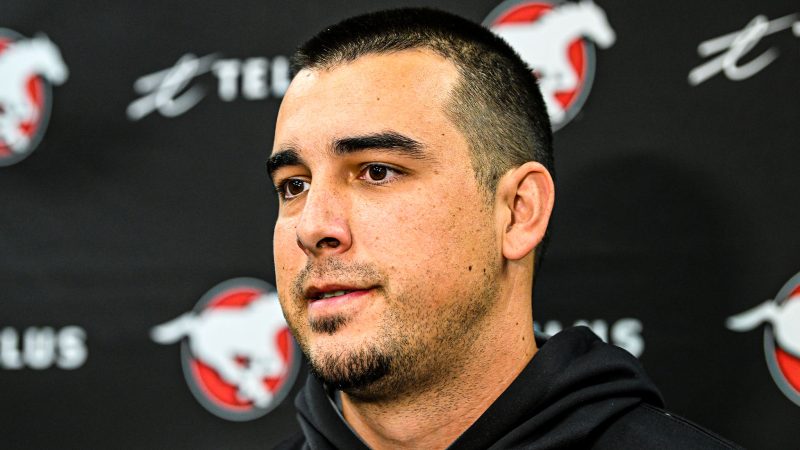 (On how his role changes with Bo).

“It changes big time. The franchise has invested in me and the fans have showed a lot of support and a lot of belief and this is an organization that has experienced, especially recently in the last couple decades or so, championship after championship, after championship. There’s a standard of excellence here that I just look forward to being able to continue.”

“The door is always open, things can always change. My job is to kind of, be ready. I said what I said because the writing is usually on the wall when you pay another guy. I want to be a starter; I’ll never accept sitting back and watching somebody else play. We will see what happens but I’m just keeping my head up, staying confident and looking forward to playing football.” 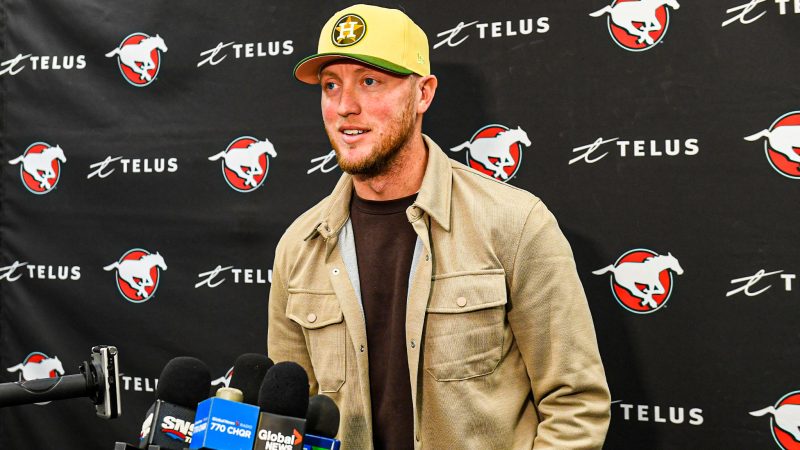 “Brothers of mine, friends, ex-teammates, and my agent are obviously super happy (Mitchell saw action in the playoff game) but honestly I was disappointed because it was one of those moments where it felt like we were going to make it happen. I always look at myself when it doesn’t. I took a sack; I pumped the ball to KJ (Kamar Jorden) when he was open. If I’d have let it rip, we score a touchdown there. So those are the things I look at. It was fun to get back out there. I just wish we could have made it happen there at the end.”

“To me it kind of bottles down to short-yardage situations. We had three of them, had some opportunities to make plays, we were 0-for-3. They made theirs and also hit a touchdown throw so, wasn’t like we played terrible but I guess average doesn’t get it done in the playoffs.”

“It’s 50-50 right now honestly. It’s not really up to me right now. I feel I could keep playing and I want to come back but it’s the things outside of football that are going to determine it. We’ll see what happens. Last year it took a bit longer, this year you’ll all know sooner than later.”

“(It’s) very disappointing. It felt like we weren’t ourselves (Sunday) and it showed and they took advantage of it and came out with the win.” 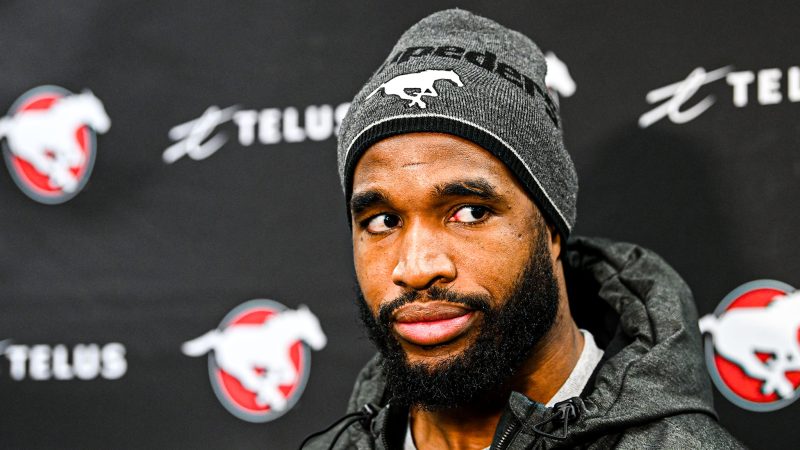 “It’s going to be a lot of changes for sure defensive wise – things that we need to be better on as a team in general, it’s a lot of things that need to be changed for us to take that next step.”

“It’s very disappointing because we had a special team but then I look back and we were also young so that played a huge part in this year. The leaders like me need to lead these guys in a better way, a more different way to take it to the next level and that came up short and then led to a loss early so I put that on the leaders to lead this young team to the next level and that’s what we didn’t do.” 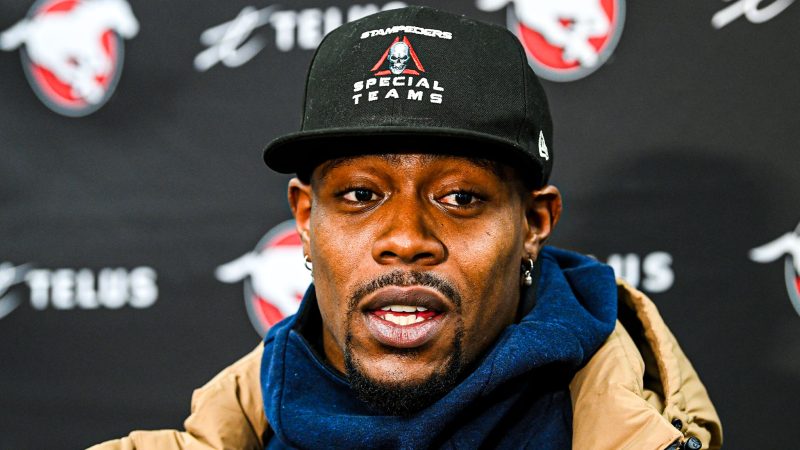 “It makes it hard because when you look in that locker room we had every single thing we needed, from quarterback, to running back, to defence, to offensive line, everything was perfect, to the second-strings being really good and we just couldn’t put it all together so that’s really the disappointing thing in this whole season.”

“It’s tough. It brought me to tears in the locker room yesterday. I just enjoy this group and it’s tough knowing this version of this team doesn’t exist anymore.” 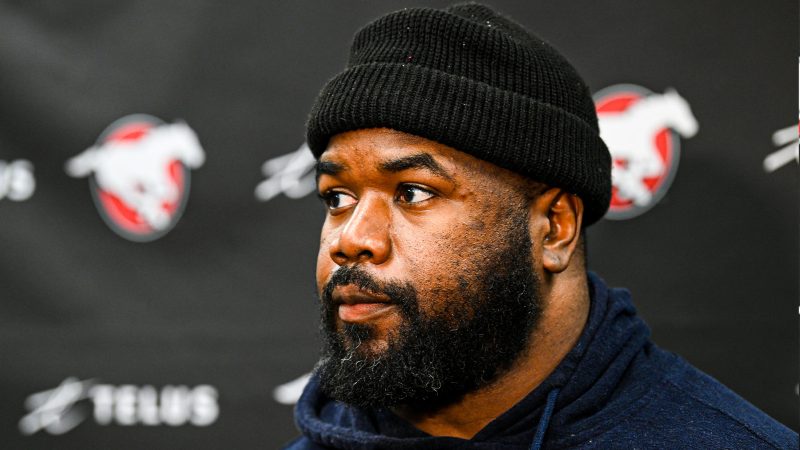 “I would love to come back to Calgary. We talked about it a little bit. We just have to figure it out and see if it makes sense.”

“I have no clue what’s going on, what the team is thinking, it’s something I’ve been thinking about for really most of the season. I just know people are going to look at the age and all that stuff and understandable but I know when I’m on that field…at the age I’m at I know I can still do it.”

Despite the disappointing ending there were many positives that came out of the Red and White’s 2022 season.
The team registered 11 West all-stars, the most by any team in the West Division. Those players included running back Ka’Deem Carey, receiver Malik Henry, offensive linemen Derek Dennis, Sean McEwen and Ryan Sceviour, defensive linemen Shawn Lemon and Mike Rose, linebacker Cameron Judge, defensive back Jonathan Moxey, kicker Rene Paredes and punter Cody Grace.

Calgary led the league in scoring with 562 points, and averaged 31.2 points per game. The Winnipeg Blue Bombers were second with 538 points scored. The Stamps were tied with the Lions for average yards gained per play, with both teams at seven. However, Calgary sits atop the leader’s board on first-down average yards with 7.5.

The offensive line led the league in fewest sacks allowed with 17. Winnipeg sits in second with 29.

Malik Henry recorded 1,000-plus yards this season and holds the 2022 high for most receiving yards in a game with 173, which he tallied in Week 3 against the Edmonton Elks.

In his third year with the Stamps, defensive back Jonathan Moxey led the league in pass knockdowns with 13.

As we start to think about next season, Stamps fans can look forward to seeing the following players suiting up for Calgary again next year: